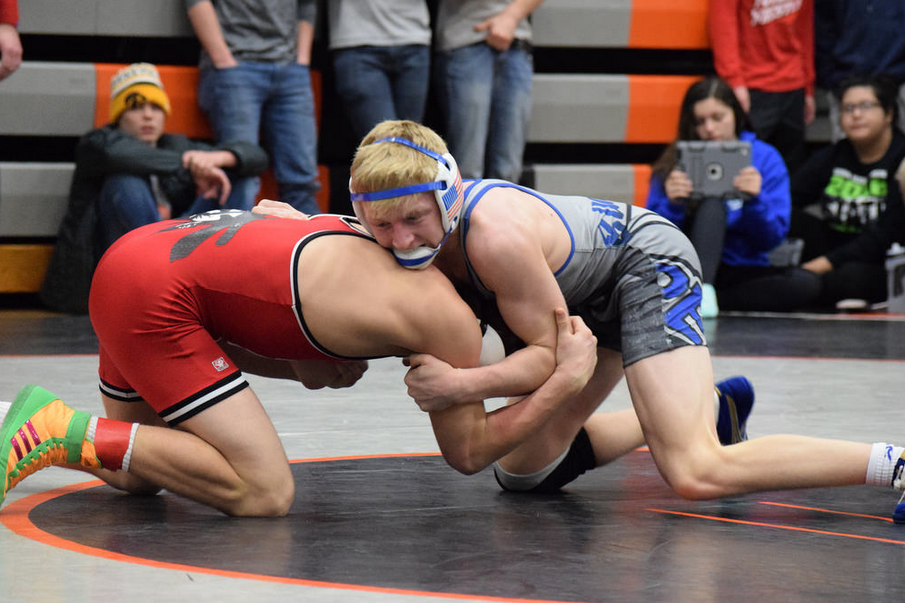 Once again another wrestling season is upon us.  Practices are well underway and the time to start looking at the first tournaments of the year have begun.  Looking to the southwest corner of the state the Dan Hill Invitational will take place in Harlan, IA on Saturday December 2, 2017; will be a great kick-off to this year’s Iowa High School wrestling competitors. This tournament will lend itself to those up and coming freshmen to make a name for themselves. This year there will be 10 teams slated to compete.  A couple former 3A team competitors have elected to go elsewhere: Ankney will be going to the Independence Invitational while Urbandale will take the squad to the Dallas Center Grimes Invitational. Teams Competing this year in the Dan Hill Invitational  will include: Ashland Greenwood (Neb.), Council Bluffs Abraham Lincoln, Denison, Glenwood, Gretna (Neb.), Harlan, Logan Magnolia, Perry, West Central Valley, Winterset.

Last years Dan Hill champions, Gretna will be back and will be bringing a loaded squad this year.  Gretna will be bringing back 11 state qualifiers with 6 of them proudly wearing medals around their necks with Van Schmidt (Sr.) wearing a gold.  The returning runner-ups of Nebraska’s Class B (currently moved up to class A) will once again cross state lines and seek to take on #5 Glenwood.  Like last year, Glenwood is top heavy but is still solid all around.  Leading the Glenwood Rams will be state runner-up Anthony Sherry (Sr.).  Sherry is currently ranked 2nd at 182 lbs and hopes to bounce back on top with a third Dick Hill Championship. Sherry is accompanied by 5 other ranked teammates including #1 ranked Caleb Sanders (Sr.) at heavyweight.

Perry moves up to 3A competition this year but looks to bring some guns with them.  Perry has three ranked wrestlers coming into this tournament depending on where the wrestlers weights end up we could potentially see state champion Van Schmidt of Gretna wrestle #2 ranked Zach Thompson (Sr.) of Perry at 120 lbs.  This weight could see two additional ranked wrestlers #8 Quest Brown (Sr.) of West Central Valley and #9 Bryce Hatten (So.) of Winterset.

Logan Magnolia brings in the season with new Head Coach Dan Thompson and wrestling for him will be #7 ranked Garret Thompson (Sr.).  Depending on weight classes Thompson could square up against Glenwood’s #4 ranked Trevor Anderson (Sr.).  Unranked but always exciting to watch wrestle is Bo Geise (Sr.) who has brought home several Dan Hill brackets.  Gretna poses a number of returning placewinners in the heart of Logan Magnolia’s lineup but expect to see the Panthers battle with help from #10 Dalton Reisz (Sr.) at 160.

West Central Valley and Winterset bring 5 ranked wrestlers to the table.  Watch out for Winterset’s #6 Trey Allen (Jr.) making his way down to 106 lbs and on the opposite side is #10 heavyweight Bradley Tolley (So.).  Denison’s heavyweight Jaden Heiden (Sr.) will add some depth to the bracket coming back hungry from last year’s state tournament with a 1-2 record.

It appears that Harlan’s # 5 ranked Nick Foss (Sr.) is a heavy favorite at 195 lbs.  We will see if his success continues as it did on the football field this season. #4 Isaac Bales (Sr.) from Glenwood is always exciting to watch wrestle and it should be no different being up at 220 lbs.  If Abraham Lincoln has a full and healthy lineup expect to see a good tournament and season out of two time state qualifier Lanny Herzog (Sr.)

The Dan Hill Invitational is a quality first tournament of the year but lost some depth and 3A competition.  Look for Gretna and Glenwood to be the frontrunners but do not be surprised if Logan Magnolia has a full and stout team.  Perry could turn some heads and Harlan is coming off a spectacular football season that will fuel their winter sports.  Ashland Greenwood has had tough teams in the past and will bring a state qualifier to the mix.  Overall this tournament will allow coaches and competitors to gauge talent, competitiveness, and overall grit.