Tony Ramos to Continue Training Through 2020 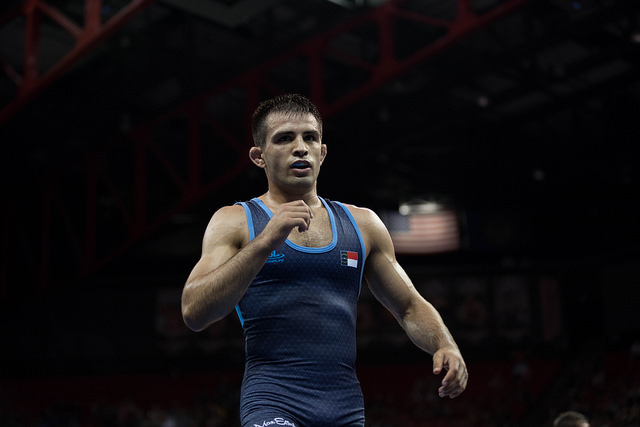 After claiming his second U.S. Open title in April, Ramos earned the right to compete in his fourth straight best of three World/Olympic Team Trial finals in a bid for the 57 kg spot. There he was defeated by his former college teammate Thomas Gilman, which led to Ramos expressing doubts on whether not he would continue competing or if he would begin to focus on his coaching role at the University of North Carolina. It appears the decision has been made and we will indeed see more of Ramos on the mat.

An excerpt of Ramos’s announcement on his decision follows:

After coming off a heart breaking Olympic trials loss and up rooting my family to a new location it took a toll physically and mentally. My first few competitions I wasn’t the same athlete that my wife, my coaches, and myself had seen step out on the mat and compete time and time again. It took time some time to heal the wounds and build the competitor and fighter back up..It wasn’t till about a month or so before the US Open that I really started to feel like myself again. I was at peace. I didn’t have the results I wanted at the trials again this year. I also don’t feel that I competed to my best abilities either. I still have a lot more to give to this sport competitively and lots of more room to grow. We are just starting to scratch the surface of the potential that I have. This was year one of the four year cycle to be an Olympic Champion and I am looking forward to the journey ahead to Tokyo 2020!