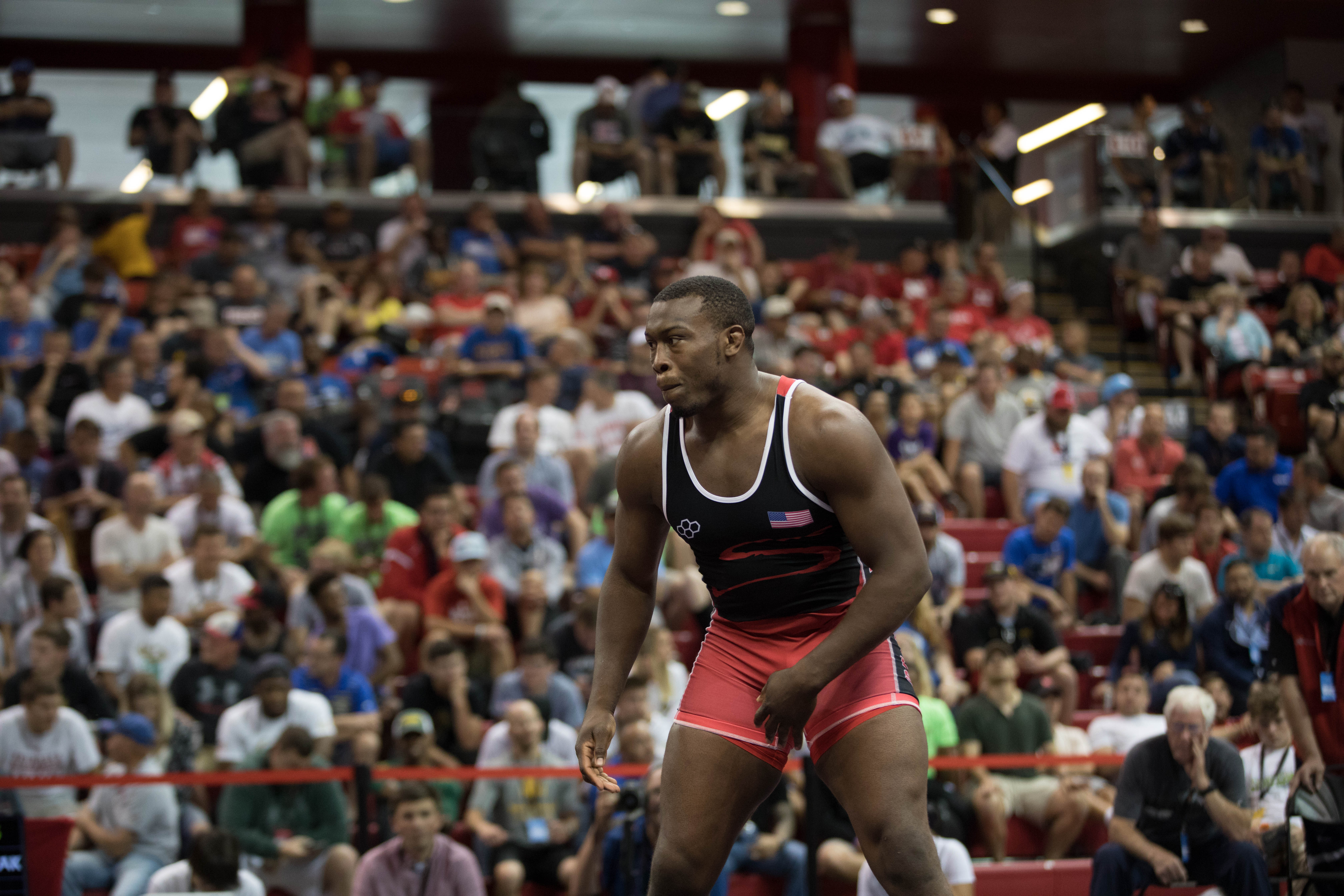 LINCOLN, Neb. – Kyven Gadson finished runner up at the 2017 World Team Trials and earned a spot on the United State’s National Team. The 2015 NCAA Champion won the 97 kg challenge tournament, sending him to a best-of-three series with 2016 Olympic gold medalist, Kyle Snyder, with a World Team spot on the line.

In the finals, Snyder took both matches by technical fall, defeating Gadson 2-0.

97 kg Best-of-Three Series
In the first match of the series, Snyder got the best of Gadson. He raced to a first-period 10-0 technical fall to claim a 1-0 series lead.

Snyder picked up right where he left off in the first match in the second. He claimed the series, and the spot on the United States World Team, with a 13-2 technical fall.

Challenge Tournament
To reach the championship series, Gadson made light work of his challenge tournament bracket. He posted a 3-0 record on the morning, outscoring his opponents by a combined 26-1.

He opened with a 12-1 technical fall victory over Hayden Zilmer and followed that with a 4-0 victory over Nathan Burak. In the finals, he squared off with the other Burak brother, Micah. Gadson took that match by 10-0 technical fall.