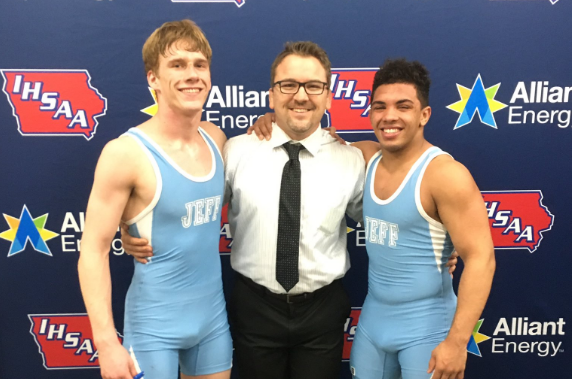 Jefferson High School announces that Matt Orton has resigned as Head Wrestling Coach. Matt has been with the program since 2011, serving as an assistant coach and Co-Head Coach with Dick Briggs before becoming Head Coach in 2015. During his tenure at Jefferson Matt has coached one State Champion, 12 State Place winners and 17 State Qualifiers. During that time, the J-Hawks also qualified for the State Duals twice, placing 7th in 2014 and 3rd in 2015.

Matt will continue to teach Physical Education at Jefferson. Jefferson High School’s Performance PE program is a National Demonstration School and is a certified Crossfit school. The search for a replacement Head Coach will begin immediately. Jefferson will seek a candidate with the experience and drive to continue to build on the Jefferson Wrestling tradition.