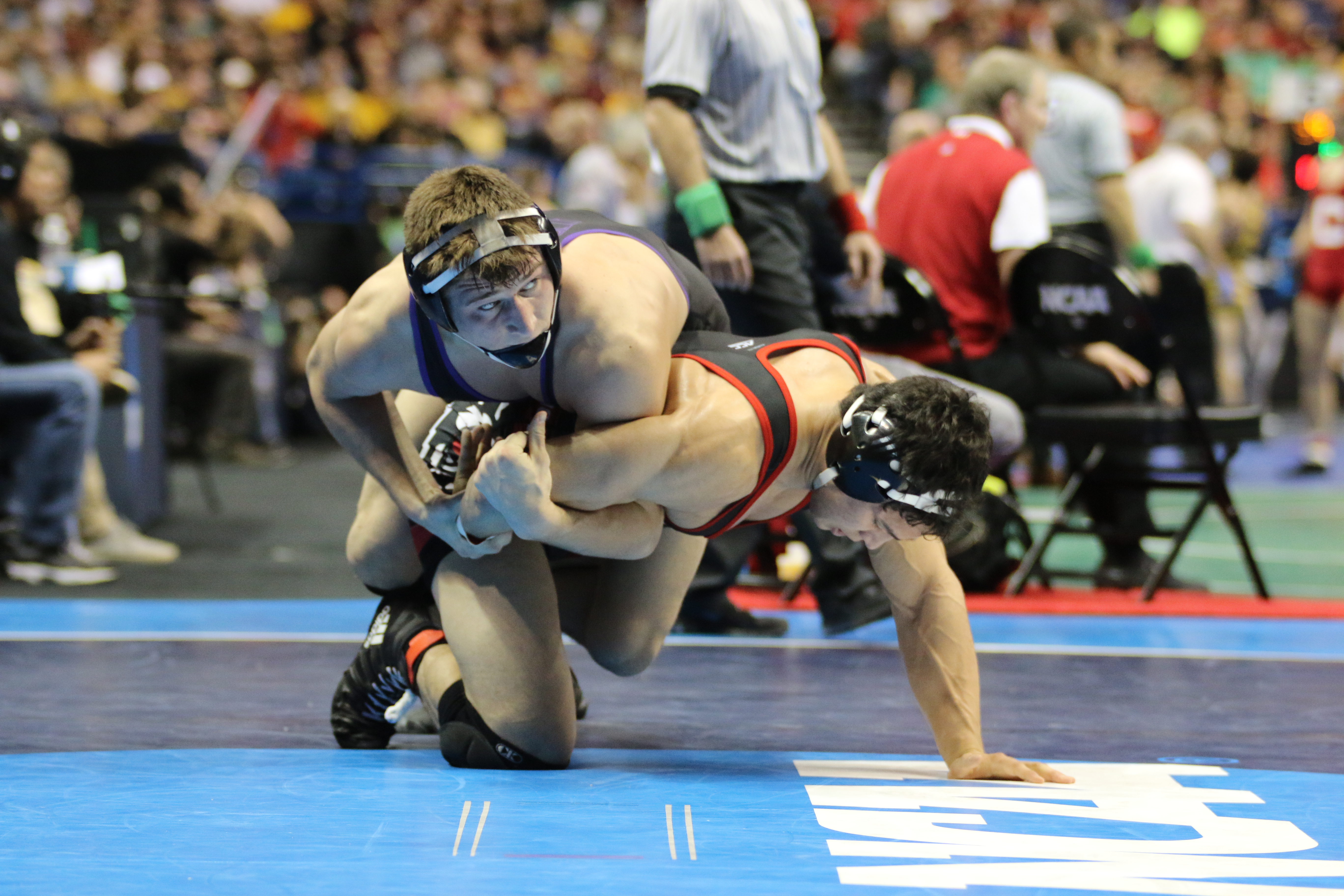 Northern Iowa ended day two and session four of the NCAA tournament with two All-Americans. The Panthers had their 149 pounder, Max Thomsen, wrestle in the semifinals against #3 Lavion Mayes. Thomsen fell to the Tiger for the third time this season, and the second time in a row on a close, controversial call at the end of the match.

The two wrestled to a 2-2 tie, Mayes two escape points, Thomsen a reversal, until Mayes scored the match winning takedown with one second left. Thomsen nearly came back with another reversal, but time had run out.

Drew Foster, UNI’s 184 pounder wrestling on the backside of the bracket, won his first consolation match of the night to secure his All-American status. The Panther took down North Carolina State’s #10 Michael Macchiavello. Foster had a similar match to Thomsen; both were a little hesitant to pull the trigger on big shots and tried to pick their spots.

Foster after his match said, “I just have to climb up the podium. Just attacking him [Macchiavello] the whole time. That’s what it comes down to is just grit. I think, in our practice room we get that a lot. Just a lot of grit. I just feed off of that.”

Foster’s match-winning takedown came 26 seconds into the second period, after Macchiavello escaped. The Panther took him down and fought off a barrage of attacks in the third period to cement himself on the podium.

In his second consolation match of the session, Foster drew Ohio State’s Myles Martin. The Buckeye scored a takedown in the third period with score tied at 6. Martin timed a double leg just as Foster was backing out of headfake. Foster will wrestle for seventh place tomorrow morning.