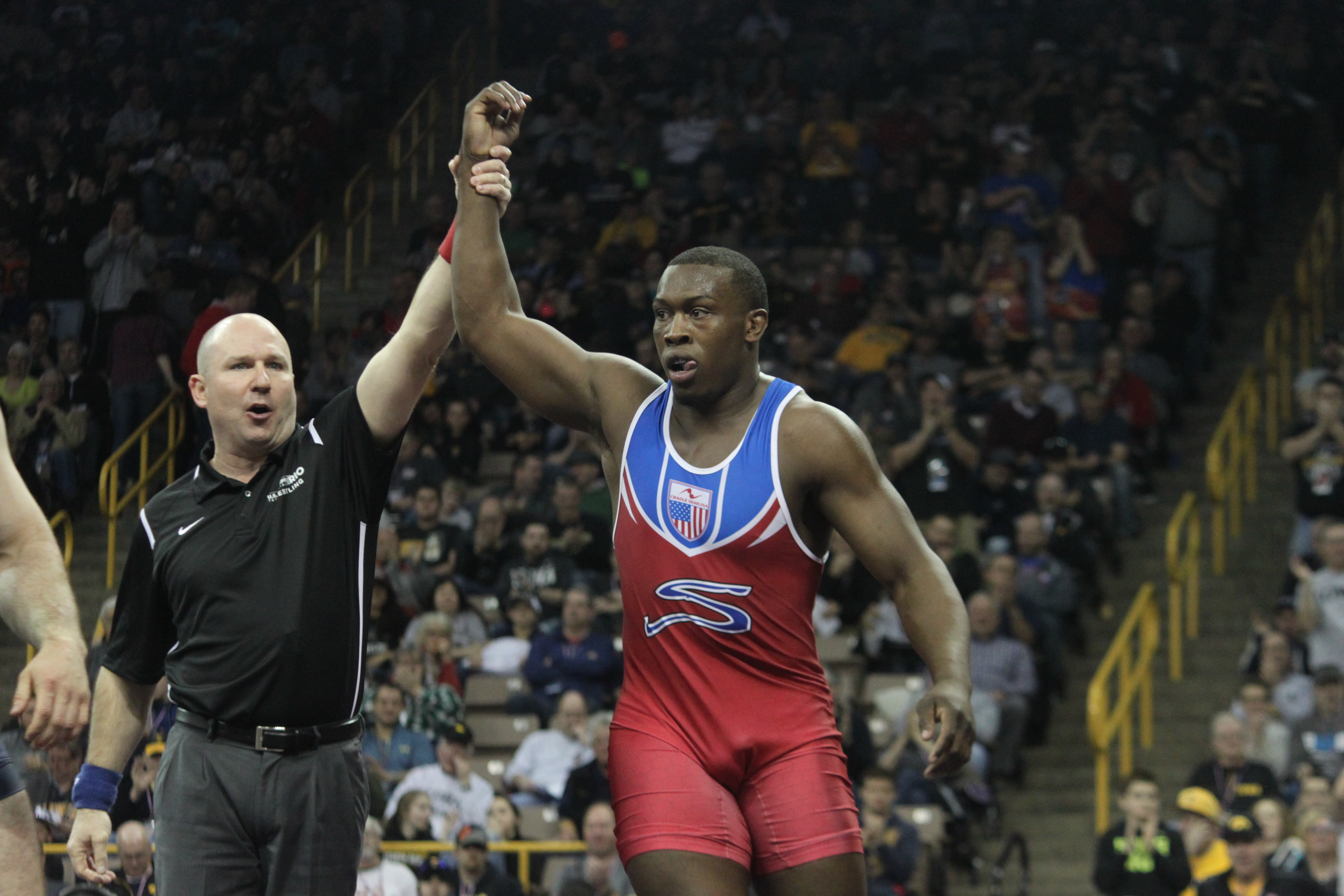 IAwrestle is happy to announce that we will have our first ever professional wrestling match take place on March 11th’s War at West Gym in Cedar Falls, Iowa. The event will kick off at 6:00 PM and will be held in the University of Northern Iowa’s historic West Gym and will pit some of the state’s top talent against one another, as well as feature talented wrestlers from across the country. Fans will also get a chance to watch two of USA’s top 97 kilogram freestyle wrestlers meet as well.

For our first ever professional match we tapped into some deep Iowa roots to matchup Kyven Gadson, a standout from Waterloo East High School and Blaize Cabell, an Independence High School prep.

After winning two state titles for Waterloo East Gadson committed to wrestle at the same school his father competed for, Iowa State University. Gadson would go on to be one of Kevin Jackson’s most accomplished wrestlers winning three Big 12 conference titles, three All-American honors including the 2015 NCAA title at 197 pounds. After wrapping up his college career, Gadson transitioned to freestyle where he qualified for the 2016 Olympic Team Trials and is currently ranked #5 is USA Wrestling Senior Men’s Freestyle Rankings.

Cabell comes from a less heralded beginning with his top performance at the Iowa state tournament for being a third place finish in 2011 at 189 pounds. Cabell then committed to Northern Iowa where he would go on to finish his career as a three-time NCAA qualifier for the Panthers at heavyweight. After an illness held Cabell out of the 2016 NCAA championships, Cabell made the decent to 97 kilograms where he too qualified for the 2016 Olympic Team Trials. He is currently ranked #10 in USA Wrestling’s rankings at that weight.

This match will take place at the conclusion of all the high school matches.