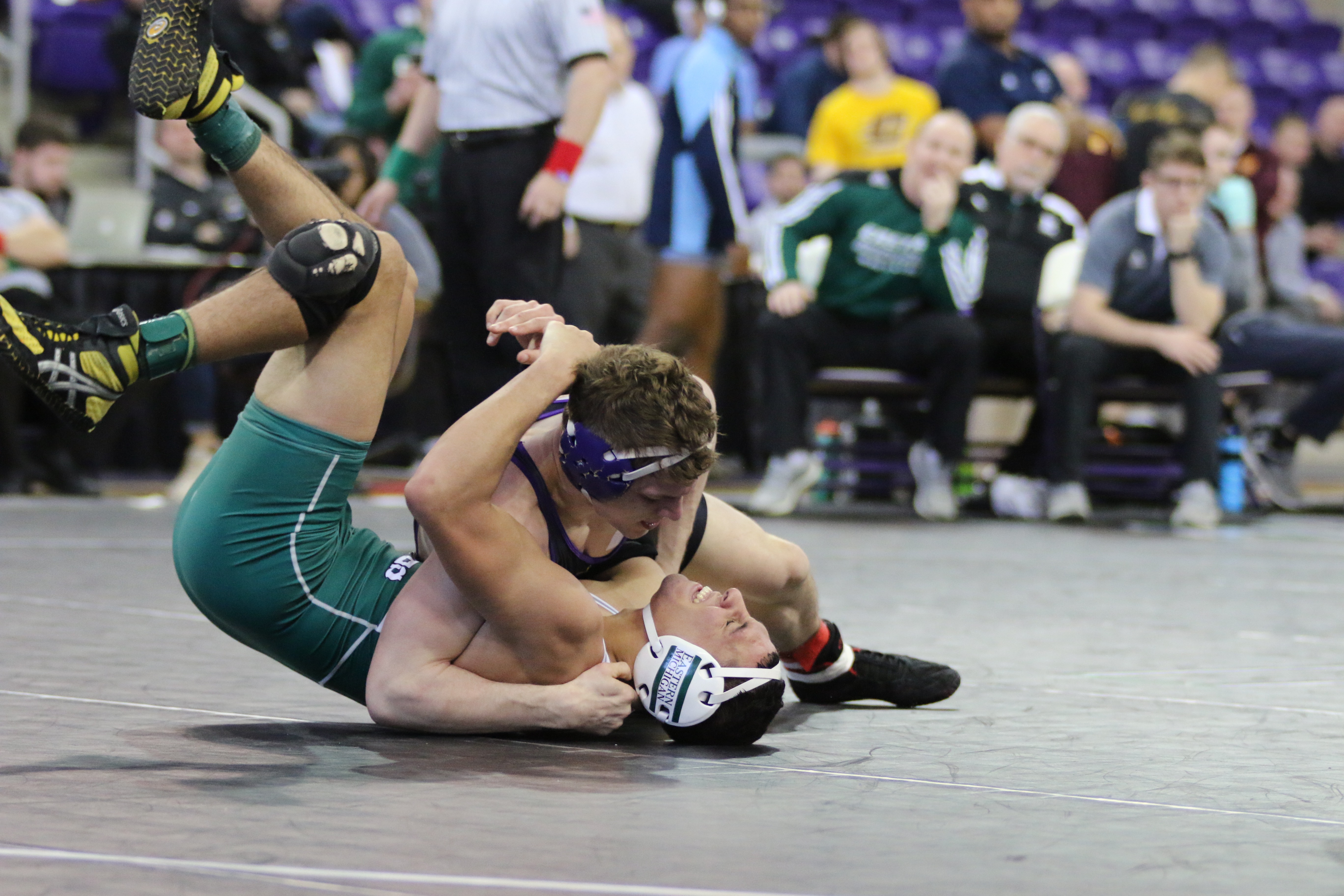 174 pounder Taylor Lujan was the fourth Panther to take the mat in a Mid-American Conference championship match, and he was the first to come away with a win. Lujan took down the #2 seed Trace Engelkes 12-2 in the final.

“I think I wrestled alright. Wasn’t as sharp as I could have been,” Lujan said after the match. “Hopefully wrestle better in St. Louis in two weeks.”

When he sees his fellow teammates fall in their finals, it’s not discouraging to Lujan.

Lujan never trailed in his championship match, taking down Engelkes five times. Proving he belongs among the best in the nation to everyone.

Lujan’s closest match of the day came against Dylan Wisman, the fourth seed from Missouri. Lujan won that match yesterday 11-8 to make the finals.

Lujan will join six other Panthers going to St. Louis, including Dylan Peters, Josh Alber, Max Thomsen, Bryce Steiert, Drew Foster, and Jacob Holschlag. It’s a youth movement for UNI, as 6 of the 7 are underclassmen.