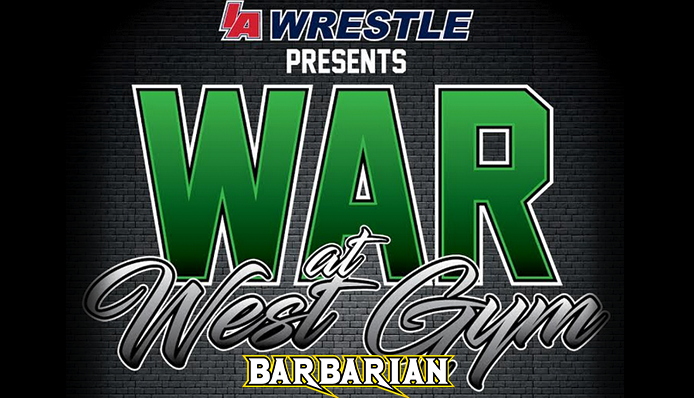 From the group that brought you the “Night of Conflict”, IAwrestle and it’s owners are proud to announce a new stand alone event titled “War at West Gym” taking place on March 11th at 6PM in Cedar Falls, IA. The event will be held in the University of Northern Iowa’s historic West Gym and will pit some of the state’s top talent against one another, as well as feature talented wrestlers from across the country.

TICKETS are on sale now for $8 general admission. Door tickets will be $10!

Coming into the state tournament both Birt and Robertson were each ranked #3 in 3A and 2A respectfully, and they both exceeded that expectation by winning their brackets. There will be some 2A vs 3A pride on the line in this battle of state champions.

In an unfortunate turn of events, Joel Shapiro (Valley – WDM) had to withdraw from the War at West Gym, and will no longer be facing Marcus Coleman. That allowed room for 2A state champion Brock Jennings to answer the call of facing one of the nation’s top seniors. Coleman is ranked #12 in the nation according to Flowrestling and is coming off winning his third state title. Jennings is a four-time state medalist for Osage, joining his brother, Brady, as champions for the proud Osage program.

Over the past two years no one in Iowa has tested Max Lyon, which is evident by him walking away with his second state title in such dominating fashion. With that in mind we opened up the state border with Jared Krattiger coming in from Wisconsin to try his hand at one of the nation’s top seniors. Coming into this matchup Lyon is ranked #15 by InterMat, while Krattiger is ranked #16.

Just like his high school teammate Lyon, Costello is not only one of the best seniors in Iowa, but the 2017 state champion is currently ranked #8 in the nation by InterMat at heavyweight. With both the 1A and 2A state champions moving on from wrestling to pursue their college football dreams (both committed to the University of Iowa) we once again opened up the state border and found #4 ranked Brandon Metz of North Dakota eager for the challenge. Costello has shown tremendous growth over the last two years with his Night of Conflict victory last October vaulting him into the nation’s top ten. A win at the War at West Gym could move him into the top five.

TICKETS are on sale now for $8 general admission. Door tickets will be $10!