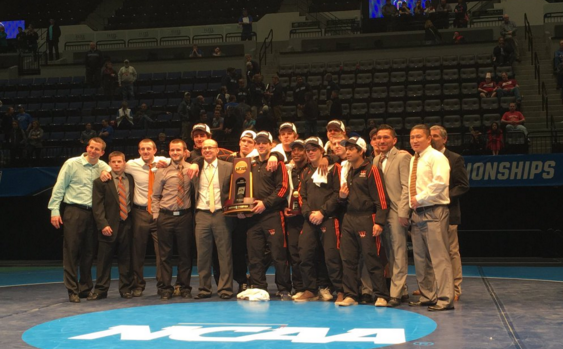 The 2017 NCAA Division III Central Regional will highlight some of the best action in Division III wrestling this weekend. The top three spots in each weight class will advance to the national tournament. Five ranked programs will be competing: Wartburg College (1), Central College (11), Augustana (21), Millikin (21), and Cornell (26).

The following weight class predictions are based on current Intermat rankings:

125: Three ranked wrestlers will be competing in this bracket. Central’s CJ Pestano (3) shocked many with a finals appearance in 2016. Pestano will be tested by Wartburg’s Arnulfo Olea (5). Coe College senior Jan Rosenberg (8) will likely round out the top three.

141: Two ranked wrestlers will compete in the 141 lb. weight class. Cross Cannone (3) of Wartburg and Josh Martin (6) of Cornell will likely take two of the top three positions.

149: Returning national champion Kenny Martin (1) will likely dominate this bracket. Martin is the only ranked wrestler at this weight.

157: University of Iowa transfer Logan Thomsen (3) of the Knights is the lone ranked athlete in this weight class. Thomsen has 26 wins this season.

165: Two IIAC seniors will battle for the top spot at 165 lbs. Central’s Ryan Vandall (2) will likely face Wartburg’s Andrew Steiert (3) in the finals.

184: The IIAC Conference will be represented by two seniors: Bryan Levsen (5) and Justin Kreiter (6). Wartburg’s Levsen upset Kreiter of Luther earlier in the season. Giatras of Augustana is likely to take the third position.

HWT: Division III’s second most dominant wrestler, Lance Evans (2) of the Knights is the projected favorite. Adarios Jones (6) of Augustana will likely take another position.