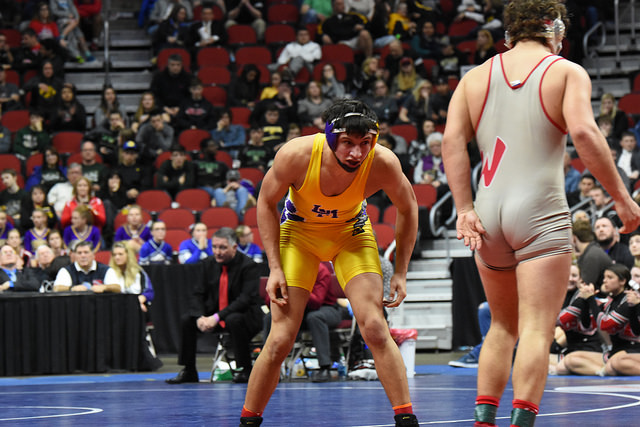 Coming into last year, Sifuentes didn’t have any state tournament results, but he was however a 2014 Preseason Nationals champion at 195 pounds. Sifuentes then had a strong 2016 season where he won the 1A state title at 195 pounds and added post season finishes at Corn Cob Nationals (champion) and Junior Folkstyle Nationals (third) to up his stock. His performance was so noteworthy that he comes into this season ranked #50 in IA Wrestle’s latest Fab 50.

“I chose the Knights because of the success they have year after year,” Sifuentes told IAwrestle, “The coaches are amazing there. I also get to be closer to my younger brother Caiden, friends, and family by going to Wartburg.”

Sifuentes also sets high marks to achieve this coming season, “My goals for this upcoming season are to repeat as state champion! I want to improve my technique and perfect every little detail.”

Sifuentes will wrestle at 195 pounds this season and projects as a 197-pound wrestler for Wartburg. Slade picked the Knights over Augustana and Grand View.