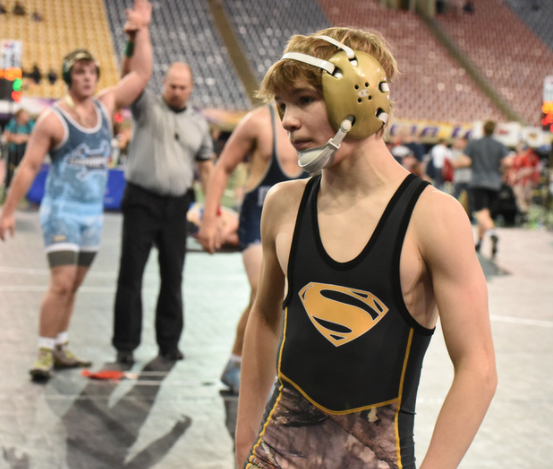 Cullan Schriever checks in at No. 16 on the most recent The Open Mat National High School Freshman Class Rankings. Schriever has won everything under the sun and comes into high school as one of the most decorated 106 pounders in Iowa history. Schriever picked up his sixth AAU state title and a Cadet Freestyle National Championship this summer.

Here is his interview after winning his sixth AAU state title.

Schriever would go on to win the 2016 88 pound Cadet Freestyle National Championships against Sam Latona from Alabama.