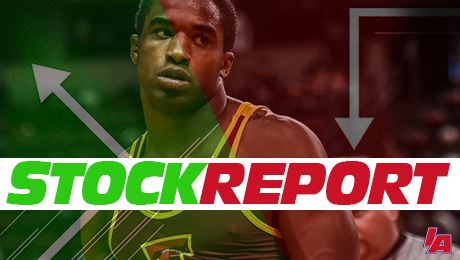 Iowa State at the Harold Nichols– Dane Pestano and Lelund Weatherspoon picked up tournament titles along with some strong showings from some of Iowa States young guns. Earl Hall took second with his only loss coming to an All-American. Markus Simmons, Ian Parker, Kanen Storr, and Carter Isley all picked up some great wins and finished high. Throw in Nebraska’s Colton McCrystal formerly of Sergeant Bluff-Luton and the state of Iowa had a good showing in Ames on Sunday.

Iowa’s Recruiting Class– Illinois prep Jacob Warner commits to Iowa. Flowrestling has the two-time champ from Illinois listed as the #1 ranked 195lber in the country. Warner picked up a bronze medal at cadet worlds this last summer. Iowa may have missed out on Brady Berge, but this commitment goes a long way towards soothing the pain.

Anyone not from the University of Iowa that wrestled at the Luther Open– There was an all Iowa final at 7 of the 10 weights with Iowa winning 9 of 10 weights. The only non Iowa wrestler to pick up a title was Lance Evans of Wartburg at 285 where he defeated Steven Holloway of Iowa, 12-5. Iowa’s nine champs combined for 32 bonus point victories.

Iowa’s question mark at 141– Some people were expecting Vince Turk to be in the lineup as a true freshman last year. Now we are a year removed from that and neither him or anyone else has stepped up and distanced themselves at this weight. Add in the fact that Turk is still a little dinged up and it leaves Hawk fans wondering if this weight will be a big goose egg at nationals. It’s still very early in the season, so Turk or Topher Carton have plenty of time to peak for nationals.

Iowa State at 197– With Marcus Harrington banged up, Iowa State had to burn Sammy Colbrays redshirt. Colbray failed to place in the top six this last weekend at the Harold Nichols Open. Being thrown into the fire as a true freshman is no easy task and it’s still early in the season, but Colbray will have to make adjustments on the fly because hes the guy at this weight for Iowa State.