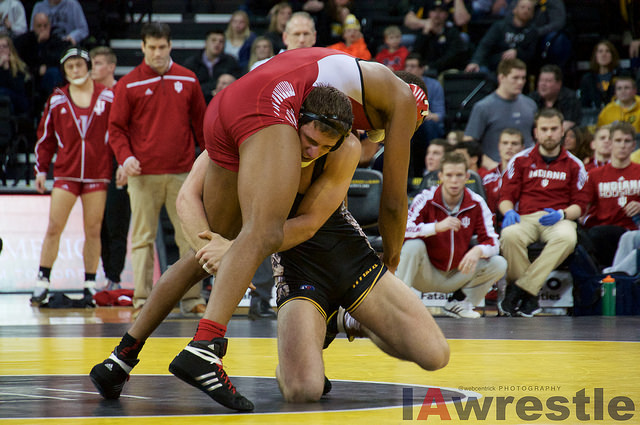 The University of Iowa will begin the 2016-17 season by heading north to Decorah, Iowa for the Luther College Open. This is the third time in four years that the Hawkeyes have started their season at the Luther Open, with 2015 and the Grapple on the Gridiron the lone exception.

Iowa will be the only Division I program in the field, but several other Iowa programs have registered their teams as well. Upper Iowa will represent as Iowa’s only Division II school, and from Division III Buena Vista, Coe, Cornell, Loras, Luther, Simpson, and Wartburg will all be in attendance. Waldorf and William Penn (NAIA) and Iowa Lakes and NIACC (NJCAA) will be there as well.

Carton won the only official meeting with Turk, an 8-7 victory at the 2015 Midlands. Both Bowman and Wilcke will be attempting to win a weight higher than they competed the previous season with the pair competing at 174 and 184 respectively.

The Luther Open also provides an opportunity for two wrestlers to make their Hawkeye debuts in the lineup, as Michael Kemerer and Steven Holloway have been given the preseason nods at 157 and heavyweight respectively.

At 165 Skyler St. John figures to be the lead man, but he could face competition from true freshman Alex Marinelli. While this is the first varsity competition for the Hawkeyes, they did send several wrestlers to the Grand View Open last weekend, where Marinelli came out on top in the 165-Open bracket. Outside of potentially Marinelli, the rest of the Iowa true freshmen are expected to compete in the freshman division.

How to follow: For best results follow @IowaWRLive for live results on Twitter or visit the Open’s Trackwrestling page to mine the results for yourself. IAwrestle plans to provide video coverage of matches after the event.