Cornell to host Simpson in outdoor wrestling meet this Thursday 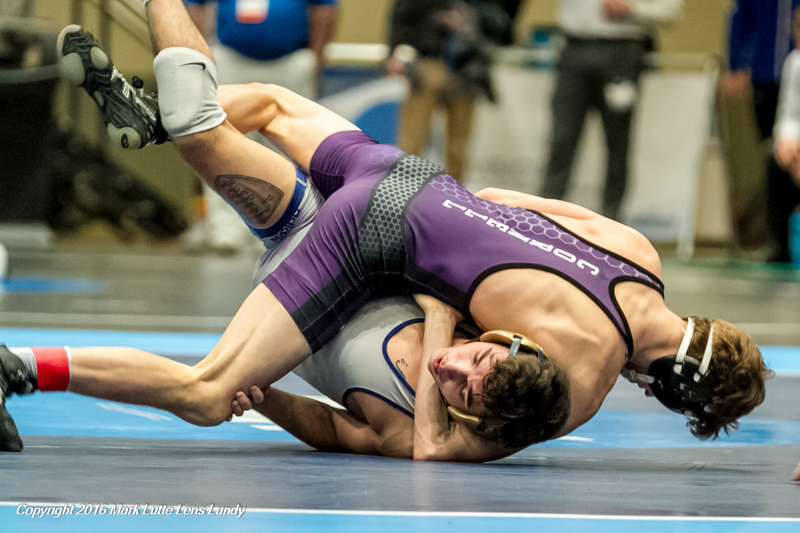 MOUNT VERNON – Cornell’s 2016-17 wrestling season is scheduled to begin unlike any other – outdoors and under the lights.

The Rams will square off with Simpson on Thursday, Nov. 3, for a 6:30 p.m. dual meet on Cornell’s football field inside Ash Park Stadium. With a little help from the weatherman, it will mark the first-ever wrestling event held outdoors on Cornell’s campus.

“We wanted to do something a little different and create more fan interest for our wrestling program,” Cornell 12th-year head coach Mike Duroe said. “We want to put our guys on a big stage that will attract some attention. From my perspective, we have a great product to promote and our guys deserve an opportunity to wrestle in front of a big crowd.”

Last season, Cornell wrestled two duals in non-gymnasium settings at Simpson and at Millikin. Both meets were held in theatres on their respective campuses. Duroe said both meets were well attended and created interest for their programs.

“Ever since I’ve been here, we’ve talked about hosting a meet in (Cornell’s) King Chapel. But we just don’t have enough space,” Duroe said. “We decided to move the meet outdoors under the lights.”

“The Iowa-OSU dual was such a success and gained a lot of media attention,” Duroe said. “I’d like to bill our meet as a challenge to all wrestling programs in the area to fill our stands on this night.”

All area wrestling programs will be admitted free of charge to the meet.

The competition mat will be centered on the 50-yard line of the south side of the turfed football field, closest to the home grandstands. In case of precipitation or cold temperatures, the meet will be moved into the Small Multi-Sport Center.

The Ram wrestling program has a history of hosting high-level events in recent years. In 2009, Cornell put on a USA-Russia dual before a packed gymnasium, and the following year the Rams hosted the University of Iowa in a triangular. Cornell has hosted the NCAA Division III Championships (in Cedar Rapids) six of the past nine years.