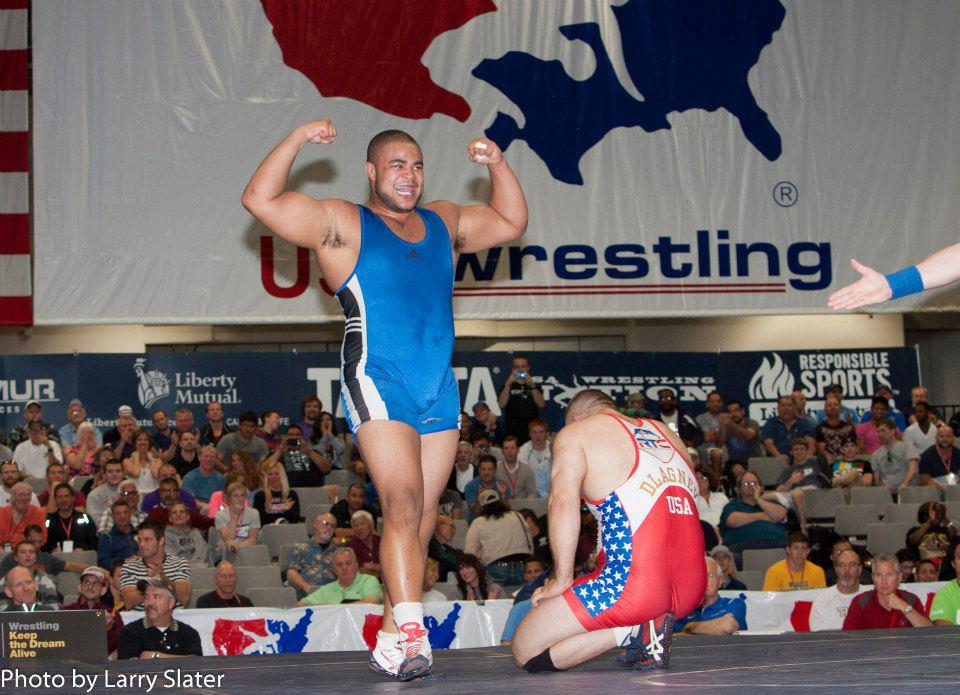 Cyclone Wrestling Club announced via Twitter that Blue Springs, MO native Dom Bradley would be added to the club. Bradley was a three-time heavyweight Missouri state champion and a two-time All-American at Missouri finishing third in 2011 and fourth in 2013.

Bradley recently finished third at the 2016 Olympic Team Trials after Tervel Dlagnev stopped his quest for the Rio Olympics by a 6-2 decision.

Bradley plans to continue wrestling through the 2020 qualifying cycle for the Olympic Games in Tokyo based off an interview with KansasCity.com shortly after the Olympic Team Trials.

“I think I have another cycle in me,” Bradley said. “My body’s holding up well. I’m just happy I got to compete hard and got to have a better showing than last time. I wrestled four amazing people and beat three of them. I was right in there in that one match I lost, but now that guy’s a two-time Olympian.”

Sound the alarms! We just locked down another great addition 2 @CycloneWR this time in Olympic hopeful @DomBradley 🌪 pic.twitter.com/Z3RduT2al9