Skip to content
1A 2A 3A Iowa Hawkeyes Iowa State Cyclones 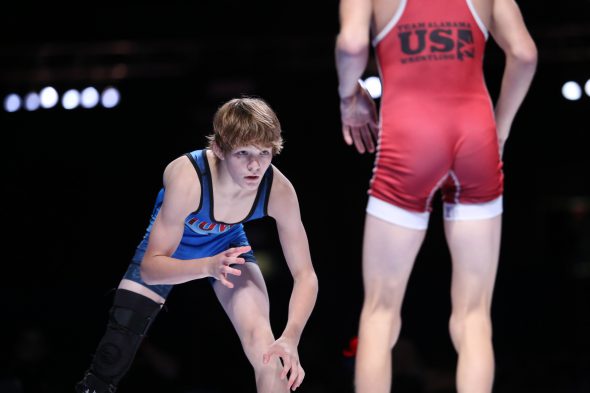 InterMat’s rankings expert Josh Lowe has released new rankings for by all grades up on the site and there are plenty of wrestlers with Iowa ties listed. Under each year you can find the link to view the full list by InterMat and subscribing to their Premium service.

Leading off the class of 2017 we see three out of state wrestlers that will be coming into the state of Iowa for college, headlined by Spencer Lee (pictured below). There are also four native Iowans that made the top 100, with two of those wrestlers already declaring their future college. Marcus Coleman leads all Iowans and will remain in state to wrestle for his hometown college, Iowa State.

Moving on to the junior class we see three wrestlers with Iowa ties. Alex Thomsen (below) continues to be a name on this list after earning double All-American honors (this time in the Juniors division) for the second straight year. He is joined by Brody Teske, who is coming off a finals appearance at Cadet freestyle nationals.

Aden Reeves (below) is the lone Iowan to make the sophomore class rankings after bumping two weight-classes from his high school season to finish an All-American at Cadet freestyle nationals.

They have been talking about him for sometime, and boy did Cullan Schriever (below) deliver by winning a Cadet freestyle national title in his first go-round. The future is bright for the freshman, who will attend Mason City.