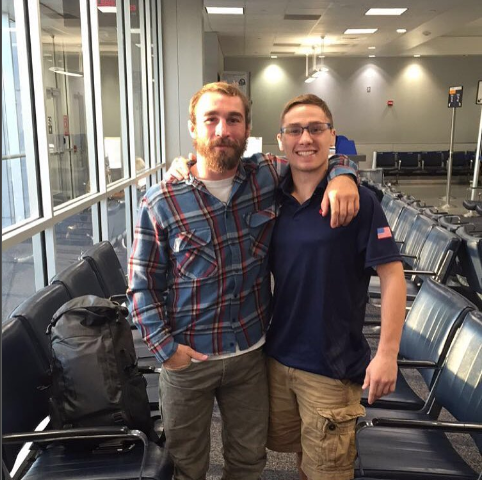 Olympian Dan Dennis of the Hawkeye Wrestling Club pictured with his training partner, Spencer Lee before heading off to Rio. Lee is the 50 kg Junior World Team member for USA, and has already won two consecutive World titles (Cadet and Junior).

Dennis is scheduled to compete on August 19th in the Rio Olympics.

With the man Daniel Dennis! I may not be competing but let's bring home some hardware Team USA!

While you are here, you might as well take in a fun anniversary that happened this week:

One thought on “Dan Dennis and Spencer Lee before Rio”