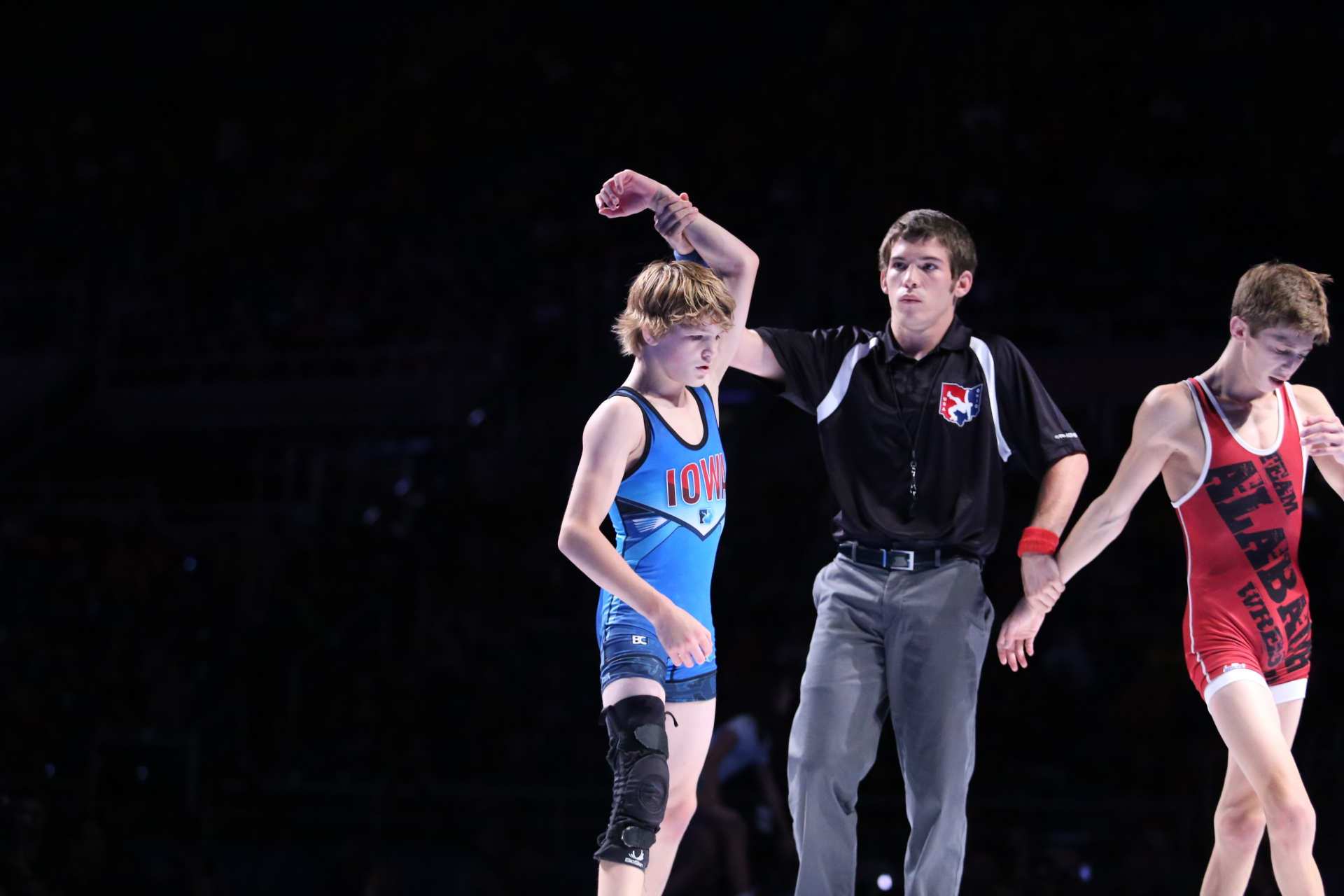 Relive one of the biggest highlights for Team Iowa at the 2016 Cadet/Junior National Championships. The video below contains the 88 pound finals match where Cullan Schriever defeated Alabama’s Sam Latona. Schriever became the state of Iowa’s 66th Men’s national champion since 1995 with his win and is quickly making the transition from middle school prospect to high school hammer!