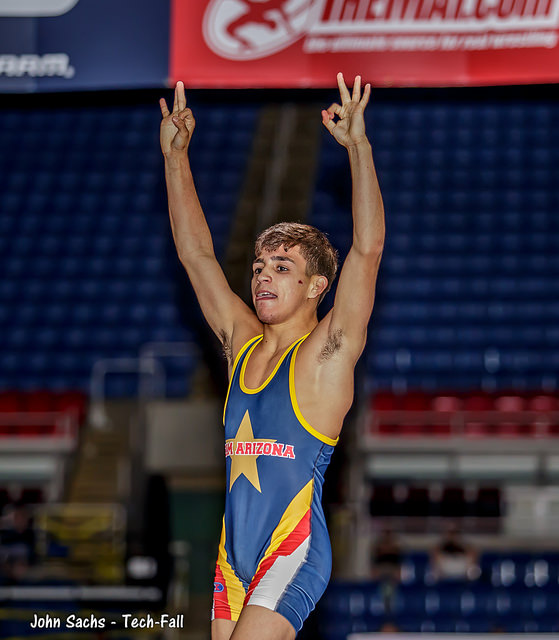 Many thought Iowa State head coach Kevin Jackson had already finished off his 2016 recruiting class, but with the news that Grand Canyon University would be dropping their wrestling program. Several recruits that had originally committed have once again hit the market.

One of the bigger names headed to Grand Canyon was the nation’s #76 ranked recruit, Danny Vega from Ironwood Ridge, Arizona, but he has now officially changed his commitment to Iowa State.

“The situation in Grand Canyon was unfortunate for wrestling but it really opened the doors for my future. I have wanted to come to Iowa State since I was in seventh grade.”

Vega will be a 125-pound prospect for the Cyclones, after winning his third straight Arizona high school state title at 113-pounds this past February. In addition to winning a state title, Vega also finishes his career winning 116 matches in a row, he was the 2014 triple crown winner in the junior division (folkstyle, freestyle, and Greco-Roman national champion at his weight).

“I can’t wait to scrap with Angel Escobedo and Austin Gomez. This will take my wrestling to new heights with the type of partners inside the Iowa State wrestling room.”

Vega has also been fairly active since the end of high school season downing Pennsylvania star Gage Curry, 15-6 in the Pittsburgh Wrestling Classic in March, and captured the USA Wrestling Folkstyle national title last month in Cedar Falls at 113.