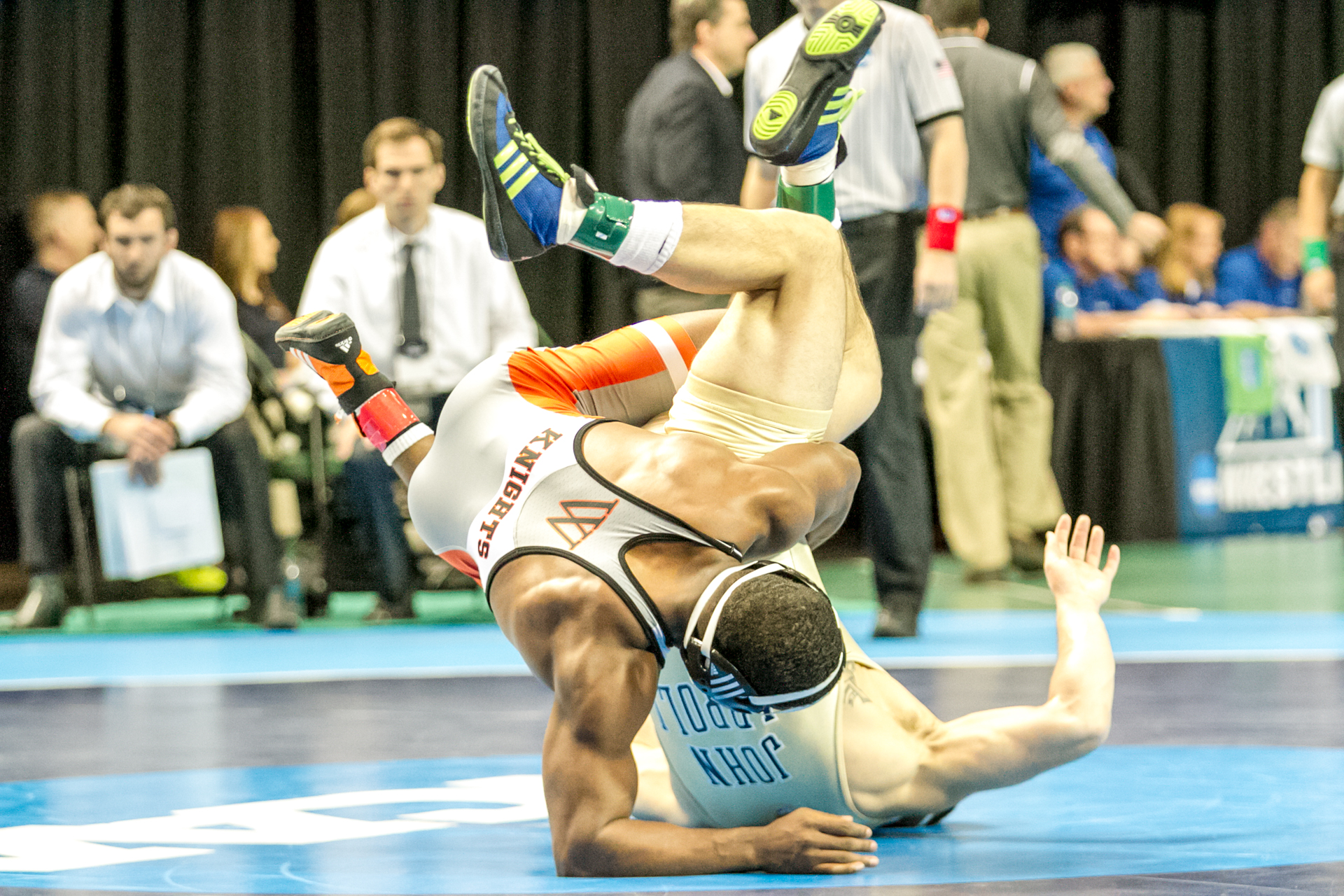 Eric Devos’ win at 174 pounds was especially special, because it was the match that locked up the title for the Knights. They ended the second session with 125.5 points, Messiah College finished in 2nd with 91, and Luther sits in third with 59.

Luther’s third place effort came from it’s only finalist in Drew Van Anrooy at 141 pounds. Van Anrooy took down Justin Kihn from Heidelberg 2-0 in their semifinal match to advance to tonight’s championship. He’ll face the #2 seed Jimmy Nehls from Elmhurst.

Cornell College put one man in the finals in Trevor Engle at 149 pounds. Engle defeated Seth Hansberry 5-3 to secure his spot tonight. He talked a bit about the match and what he expects from Wartburg’s Martin earlier today. Cornell also had Phillip Opelt place 6th on the consolation side.

The Coe Kohawks didn’t have any men make the finals, but they did have three make the medal round. 125 pounder Jan Rosenberg and 165 pounder Farai Sewera took 8th at their respective weights, while 174 pounder Ryan Harrington had a really nice win for third place.

Central College placed only one man, but they made the most of it as 125 pounder CJ Pestano won in the semifinals. He won 5-3 in the first tiebreaker to secure his place in the finals against the #1 seed Lucas Malmberg from Messiah.