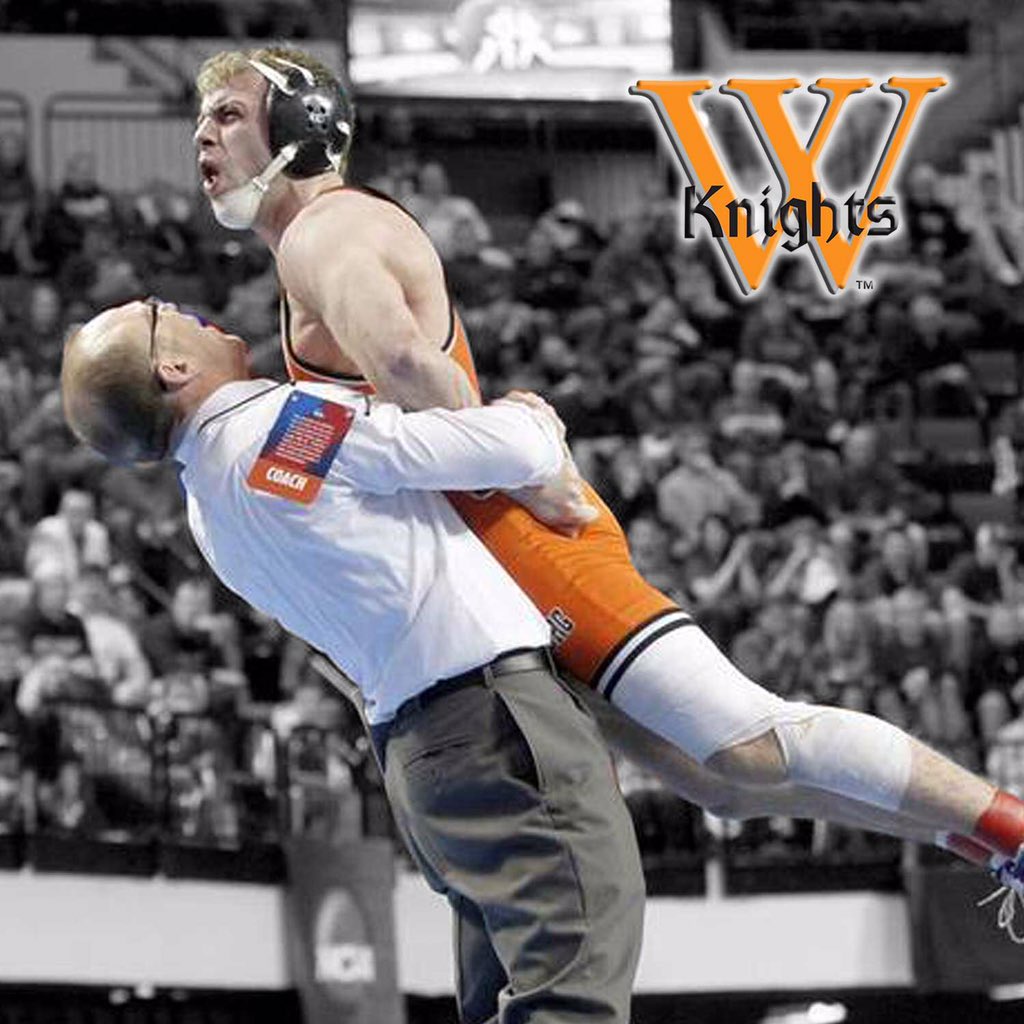 Wartburg College, for once, is trying to avoid repeating history with its rival from Minnesota, Augsburg College.

The Knights defeated the Auggies in 2015, winning eight of the ten matches in their dual meet, 25-7. They went on to the national tournament the heavy favorite, but fell to the Auggies in the team race by 11.5 points. Bonus points played a big part in that, as Augsburg won 16 matches by bonus points.

In 2016, the Knights defeated the Auggies 29-10, winning seven of the ten matches in their dual. But they obviously don’t want to be outscored again on the national level. We’ll all see what happens when the teams meet in Cedar Rapids later today concerning the national team race. Winning the dual meet is important, but the most important wins for a program come in March.

The Knights and Auggies have combined for the last 21 straight NCAA Division III titles, the last team not with a “burg” in its name to win was The College at Brockport, State University of New York back in 1992. The year before that? Augsburg College.

Both schools qualified nine wrestlers for the tournament, Wartburg all but at 141 pounds and Augsburg all but 174 pounds. The Knights are led by returning NCAA Champion Kenny Martin, who will look to repeat as the 149 pound champion this season. They also have two number one seeds in Connor Campo at 133 pounds and Eric DeVos at 174, a pair of two seeds at 165 in Nick Michael and 197 in Gerard Roman, and two three seeds in Drew Wagenhoffer at 157 and Lance Evans at heavyweight.

One of the contenders to knock off Waverly on its quest for a 12th championship? Luther College, who brings in six qualifiers from its Regional contest. The Norse brings in two All-Americans in Conner Herman at heavyweight and Drew Van Anrooy at 141. Dakota Gray at 149 is a returning NCAA qualifier, and the Norse also bring in 184 pounder Justin Kreiter, 147 pounder Tristan Zurluh, and 174 pounder Javier Reyes.

Anrooy was the national runner-up last season, while Herman took hom 8th place. Gray fell in the bloodround, but leads the team this season in pinfalls with 14, and is just four wins shy of earning his 100th. Luther placed 9th at the tournament last year with 39.5 points.

The host city brings in Coe College, who placed 7th last season with 40.5 points and brings back one champion in Farai Sewera at 165 pounds. Sewera is the top seed and number one-ranked wrestler by Intermat at 165 going into the tournament.  He is joined by returning All-American Ryan Harrington at 174 pounds, and qualifier Jan Rosenberg at 125 pounds.

Cornell College makes the short drive from Mt. Vernon with four wrestlers, including 149 pounder Trevor Engle, who is a four-time national qualifier. Phillip Opelt at 133 is a two-time qualifier, while fellow Rams Josh Martin at 141 and Aaron Engle at 157 are going to the tournament for the first time in their careers.

Central College is also sending four men to Cedar Rapids, CJ Pestano at 125, Ryan Vandall at 165, AJ McBroom at 184, and Matt Seabold at 197 pounds. Of that group only Seabold has been to the big dance before, and earned the five seed in his bracket.

Loras rounds out the Iowa Colleges by sending two wrestlers, Michael Triplett at 133 and Malcoml Watson at 197 pounds. It marks the third year in a row that Loras has sent at least two men to the NCAA tournament.

The National Championship starts today at 11AM with the pigtail matches and then the first full round. The quarterfinals and first two rounds on the backside will take place tonight starting at 6PM.