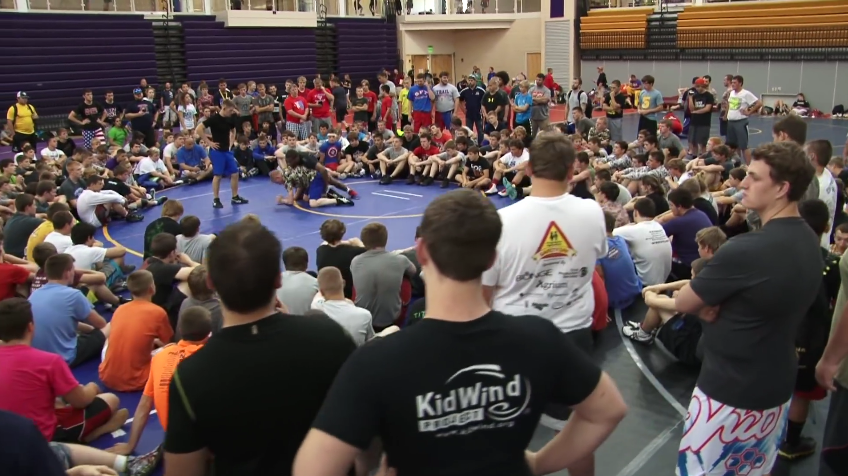 Iron Sharpens Iron Team Camps (ISI) is in its 6th year. The camps are run by Joel Allen (Wahlert Catholic’s Head Wrestling Coach) and Steve Farrell (Athletic Director at East Union).  ISI is unlike any camp you have ever experienced before. Bringing in the best technicians in the world, wrestlers will stretch themselves from tough to tougher while still having a blast.

As one of the biggest K-12 wrestling camp in the country, ISI offers wrestlers the opportunity to be equally matched with other wrestlers from all over the country, offering the best opportunity for growth. Last year, ISI had 2003 registered wrestlers from 16 states. Over 100 teams enjoyed our camps. Chris Bono, the head coach of South Dakota State stated, “The instruction, competition, and organization of the camp is second to none”.

ISI prides itself on being a coach friendly camp. Not only do coaches attend camp for free, they also can create a camp experience around the needs of their team. If a team is on a budget, they can bring their own food and find their own lodging. This allows a team to get the ISI experience for just $100.  ISI has also teamed with the Iowa National Guard and have many eastern Iowa schools staying and eating at the Armory  in Dubuque for FREE!  Ron Ohnesorge, head coach of the Southern Illinois Wrestling Academy said, “We found a camp that loves our great sport of wrestling, treats every child like family, and treats every parent like a brother or sister.” Coaches and athletes certainly come first at ISI.

The technicians and counselors ISI brings in are second to none. This year we have World Champion Kyle Snyder but they also have the likes of Logan Stieber, David Taylor, Gabe Dean, James Green, Isaiah Martinez, UFC standout Matt Hughes, and many more!!

This year they offer 3 camps. The first hosted by Loras College in Dubuque Iowa on June 13th-16th. The second is at Earlham College in Richmond Indiana on June 27th-30th and the third is at Illinois Wesleyan University in Bloomington Illinois on July 10th-13th. If you would like to learn more about ISI you can check out their website at www.isiteamcamps.com.