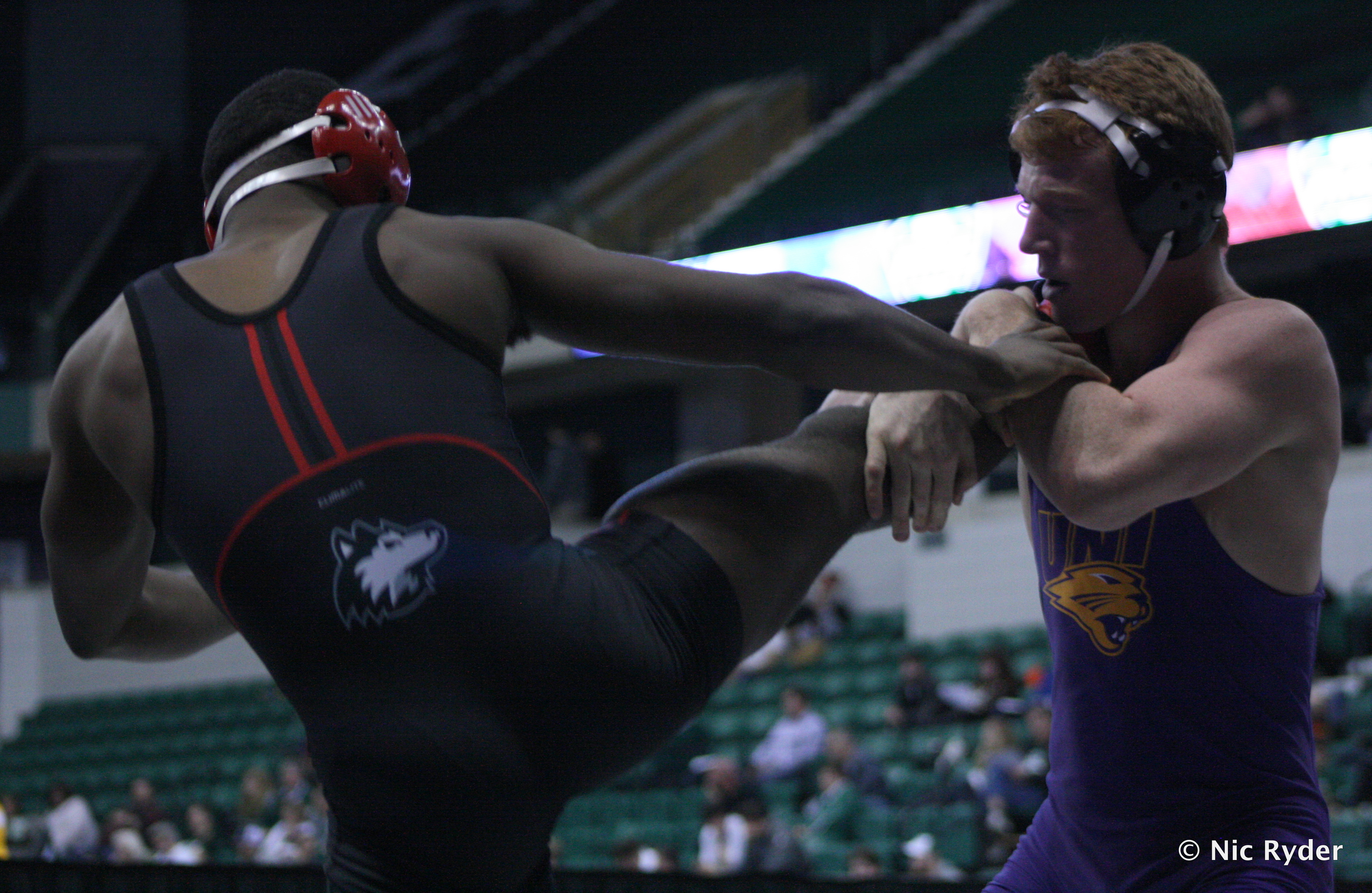 UNI had three men still alive on the backside of their respective MAC tournament brackets looking to secure their place at the NCAA tournament. Trevor Jauch, Cooper Moore, and Drew Foster’s weight all qualified four men for the National tournament, so if they won they would be a step closer to qualifying (depending on true fourth place matches). The

Trevor Jauch started things out for the Panthers at 141 pounds, where he wrestled Northern Illinois’ Steve Bleise. Jauch was looking to get to his offense early on, but got caught in a tilt and gave up a four point nearfall. Blaise used another takedown and two escape points to down the Panther 10-5. Jauch tried to ride the Husky, but couldn’t get his top offense going. He’ll wrestle Ohio’s Noah Forrider in the fifth place match later today.

At 165 Cooper Moore had a good bounce back win after dropping a close match with Dakota Juarez from Eastern Michigan yesterday. Moore nearly pinned Central Michigan’s Colin Heffernan in the first 30 seconds of today’s match, scoring a four point nearfall and then securing the win with another takedown in the third period. Moore won the match 11-5, and will face Ohio’s Austin Resse in the 3rd place match this afternoon.

Drew Foster was the final Panther to take the mat in the opening session, taking on fellow Iowan Willie Miklus from Missouri. The match was tied 2-2 late in the second period when Miklus scored a takedown to go ahead 4-2. Foster went down in the third period and scored a reverse early on to tie it, but then was caught in a half and pinned by Miklus. Miklus will go on to wrestle in the 3rd place match, while Foster will drop to the 5th place match tonight against Ohio’s Andrew Romanchik.

Here’s a link to the finals broadcast, which will start soon (it was scheduled to start at noon central time). Three Panthers wrestle for MAC Championships so be sure to tune in!