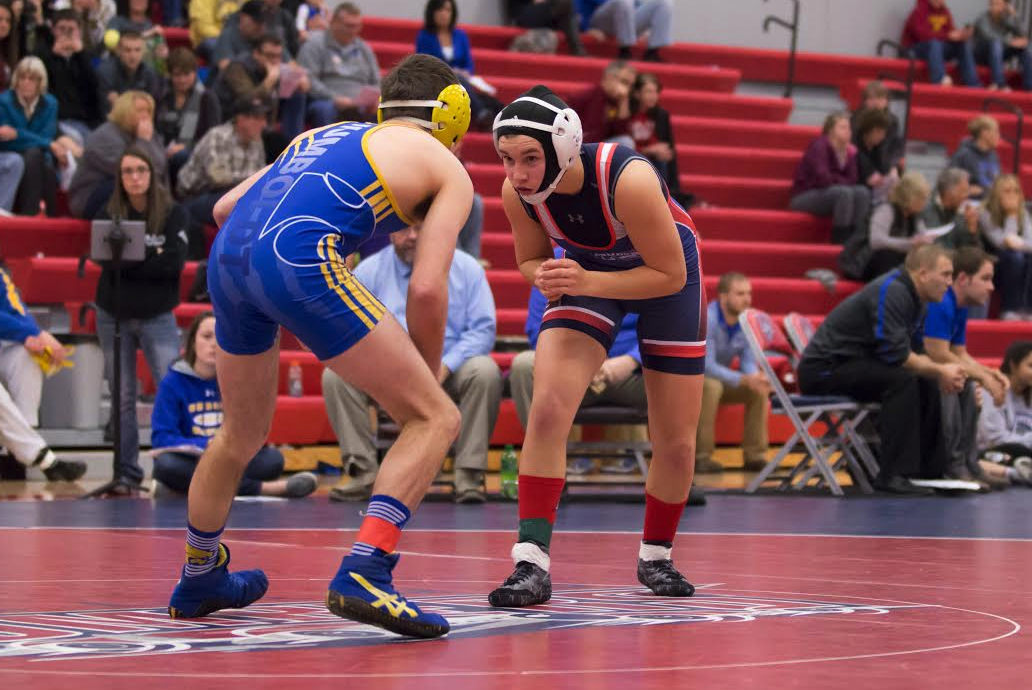 It seemed like a normal night of duals as the wrestlers took to the mats at the Ballard gym in Huxley last Thursday night.

In the first dual of the night, Humboldt would take on Ballard to set up a historic dual. The Ballard team had a couple of wrestlers out with injuries and needed sophomore Nicole Watters to step into the 138 pound varsity spot. Jaden Kampen, a junior, stepped out on the mat for Humboldt setting up the first match between a set of brothers against a set of sisters. Jaden Kampen was able to take the first match between these to sets of siblings by fall over Nicole Watters.

In the next match was Nicole’s older sister, Rachel Watters, a senior at Ballard and for the Wildcats at 145 was Jaxon Kampen, Jaden’s twin brother. It was a battle from time the whistle was blown to the end of the third period, ending in a 2-2 tie. The match went into sudden victory where Rachel was able to counter a single leg attempt by Jaxon and get the takedown for a 4-2 win.

The Watters-Kampen rivalry ended with each family walking away with an exciting win and most likely marked the first time in Iowa wrestling history where two sisters wrestled two brothers in the same varsity dual.

I was able to discuss that historic dual on Great Day on KCWI 23 which you can watch every Tuesday morning at 9:30 a.m..