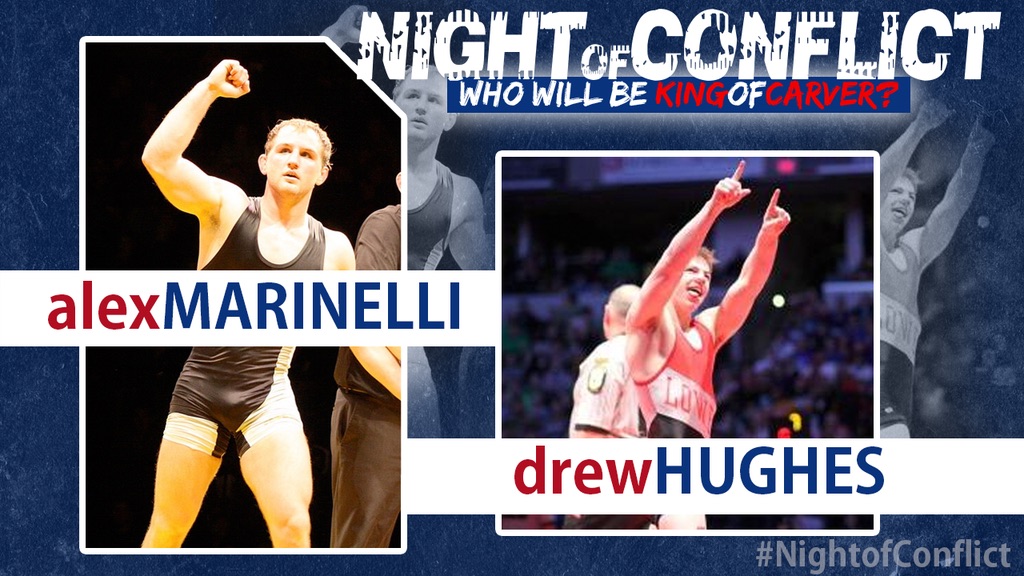 When putting together an event like this, you try and create the best possible matches by bringing in two highly talented wrestlers and let them put on a show. So, it makes even more sense for those two highly talented wrestlers to be among the best in the nation – we are talking a top five meeting here folks. For one, the state of Iowa will get it’s second look at Alex Marinelli after he wrestled in AGON earlier this year, and our first look at Indiana stand out Drew Hughes.

Well, any time you are talking about a meeting between two wrestlers ranked in the top five, you know you are in store for a good match. The question will be whether Hughes will be able to penetrate Marinelli’s outstanding defense. Even then, Marinelli has a tremendous double leg attack, and he can switch off to a high crotch in a pinch. Alex hasn’t lost since the Super 32 finals last November, and you can bet he wants to keep that streak alive.

Marinelli on Hughes: From what I have heard he is a good wrestler and he is ranked #5 in the country so he must be tough. I don’t know him all too well, but I’ve just heard about him. I have never met him.

Hughes on Marinelli: I’m excited that I’m getting to wrestle Marinelli and I think it is going to be a great match!