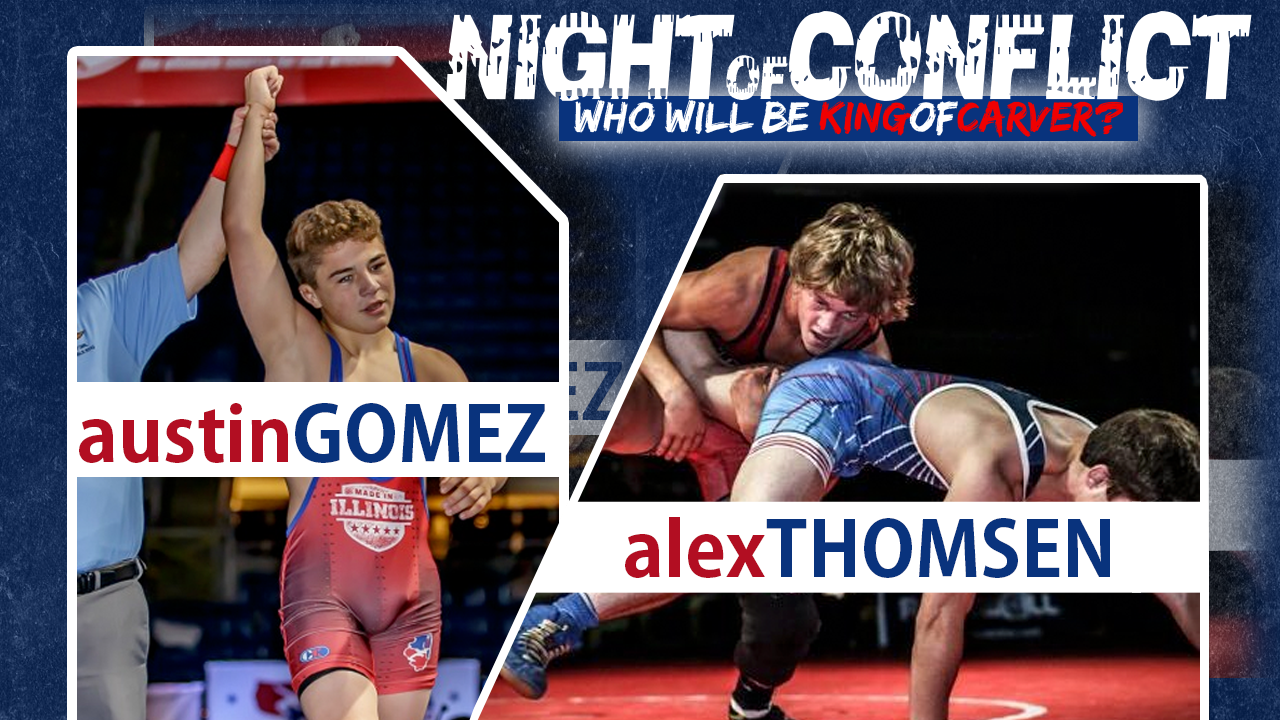 The IA Wrestle team was thrown a curveball when Justin Mejia announced that he would be pulling out of our first ever event, the Night of Conflict, in order to wrestle Spencer Lee at Flowrestling’s Who’s Number One, but I think we were able to hit that curveball out of the park as Illinois state champion Austin Gomez has accepted an invitation to wrestle one of Iowa’s best up –and-coming prospects, Alex Thomsen.

Examining this match closer we can see that this is a dynamite match up between two wrestlers who love to score points. Thomsen has shown time and time again that he loves to let it fly, and you don’t need to look any further than his Cadet finals match from Fargo this past month to see that he is always willing to go for the big move. Similarly Gomez is a wrestler who knows how to score, being a double Cadet Pan-American champion and he took out a top five nationally ranked opponent in the state finals this past season.

Thomsen on Gomez: “I’ve never wrestled Gomez in folkstyle before, and I feel like I will be dominant on my feet. I will try to keep (the pace) up there and score as many points as possible. This should be a great match and I’m going to wrestle my match!”

Gomez on Thomsen: “Alex Thomsen is a great competitor and I’m really excited about this match. I know he is really explosive and goes for big moves. We have the same style so it’s going to be a fun match and I hope we can put the crowd on their feet a couple of times.”

Thomsen on wrestling in Carver: “I think it’s a great opportunity to show what I have to offer, and my style of wrestling will hopefully make the Night of Conflict interesting to watch.”