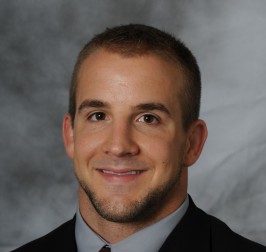 Paulson will be coaching 11 Cadet athletes to the Pan Am Championships, and eight of those wrestlers finished in the top six at the UWW Cadet World Team Trials this past month in Akron, Ohio. Last year’s performance at the Cadet Pan Am Championships will be a tough one to top for Paulson, as he coached his team to seven gold medals and one silver on the way to the team title.

Joining Paulson is another familiar name in Iowa, Jason Christenson, who coaches the 3A powerhouse program Southeast Polk. This past season the Southeast Polk Ram squad captured both the dual and traditional team titles in Des Moines. In the traditional tournament, Christienson placed11 of his 13 wrestlers on to the stand and out placed the runner-up by 39 points. Maybe even more impressive was that of those 11, five of those wrestled in the state finals, and in the end three were crowned state champions.

Takedown Wrestling did an interview with Paulson:

The Championship gest underway this Friday starting with Greco-Roman at 10:00 am.