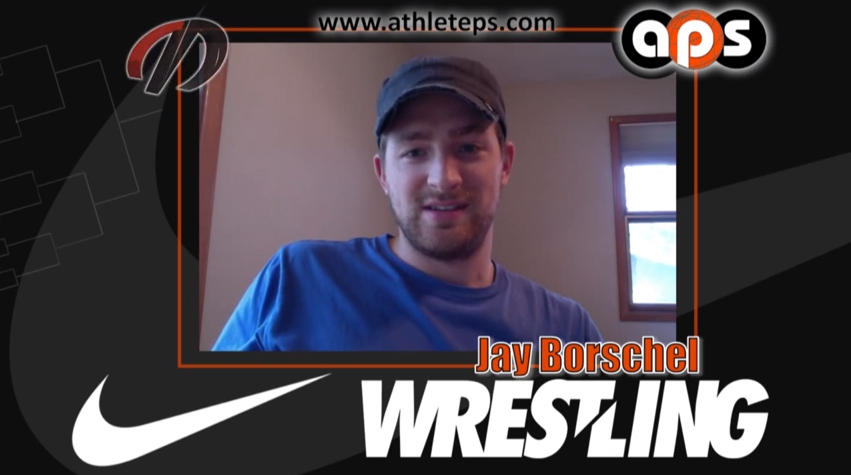 His long and accomplished history started with a prep record of 163-1 with 95 pins and three undefeated seasons. One of only 23 wrestlers in Iowa state history to win four state titles, spanning the greatest leap between weight classes by any Iowa four-timer (103, 125, 152 and 174), Jay capped his high school career with numerous Athlete of the Year awards (Linn County, The Gazette) and school records for most pins (30) and wins (45) in a season.

The last, and one of only 19 Iowa wrestlers to post an undefeated National Championship season. Jay’s senior year (37-0) at the University of Iowa ended in a National and Big Ten Championship at 174 and the Iowa Male Athlete of the Year Award. While steamrolling through his final season, Jay scored bonus points in 22 bouts, scored 105 team points in dual competition as well as garnered a Midlands Championship, Big Ten Wrestler of the Week mentions, Outstanding Wrestler at the NWCA National Duals, the fastest pin (:13) and Academic All-Big Ten honors.

With a wrestling style methodical, tough, funky and offensive and a coaching style of integrity, consistency, toughness and understanding Jay aims to provide the youth wrestling community a tremendous bout of technique, support and mentorship with his high-touch and all-encompassing programs at the Wrestling Lab. He lives in Marion, Iowa with his wife and two children and believes there isn’t anything much greater than family, community and personal reliability.

For more information on The Wrestling Lab please visit http://thewrestlinglab.com/