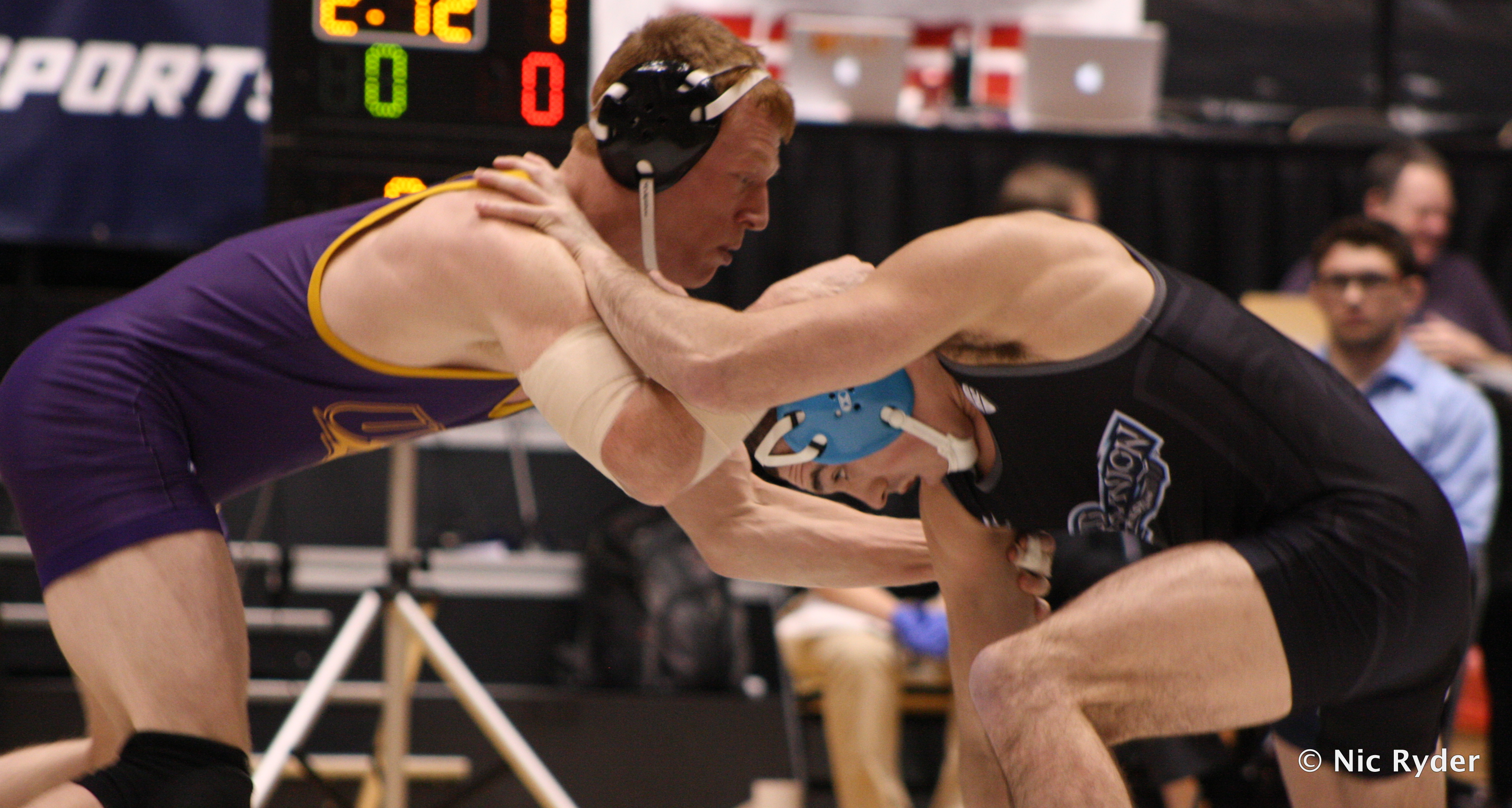 Over the weekend UNI’s Cooper Moore captured the 165 pound MAC Championship, defeating Old Dominion’s Tristan Warner 7-1. It was Moore’s second MAC Title in as many years. We caught up with Moore briefly after the match. He touched on the rematch with Warner and what he has done to improve his finish at the NCAA tournament this year.

Dylan Peters lost the first place match at 125 to Alan Waters, 11-4. Peters then had to wrestle a true second place match against Northern Illinois’ Derek Elmore that he won 12-1. Here are Peters’ thoughts on his win, his match with Waters, and what he needs to focus on in the NCAA championships.

And finally here is UNI Head Coach Doug Schwab after the first session of the day. The Panthers had advanced five men to the semifinals, with five still alive on the backside of their brackets.