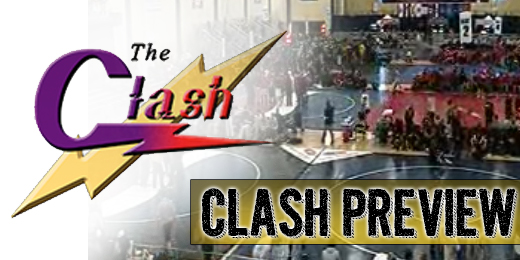 During the first day Qualification Tournament on Friday, teams will be seeded and placed into one of four standard 8-team brackets. Two of these brackets will compete in a morning session consisting of matches at 9am, 11am, and 1pm. The other two brackets will compete at 4pm, 6pm, and 8pm. The three matches will determine each team’s placing in the second day’s round-robin championship brackets.

During the second day Championship Tournament, each of the 4 teams that win their qualifying tournament will be placed together in a round-robin Division 1 group to determine positions 1 through 4 in the tournament. The four runner-up teams from the qualification tournament will be placed together in the Division 2 group to determine positions 5-8 and so on. Groups 5-8 will wrestling Saturday morning while brackets 1-4 will wrestle Saturday afternoon. Therefore, a team that wins its first match on Friday will wrestle Saturday afternoon.

We will break down each of the duals that feature an Iowa team next week. I will be traveling to Rochester to cover the Iowa action. Make sure you follow us on twitter at @hagertony and @IAwrestle.

Bracket B – Teams wrestle Friday at 9am