Iowa Women Results From The Weekend 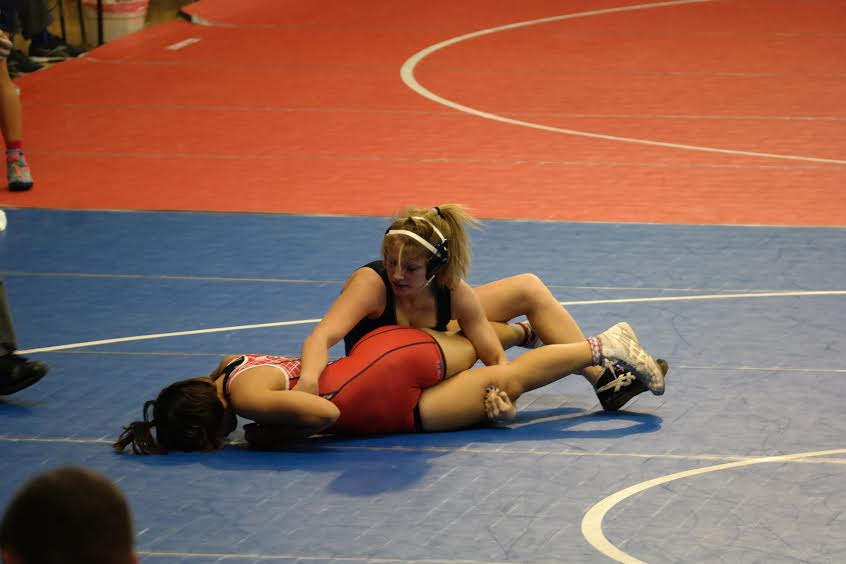 Lord-Klein, ranked No. 4 in the Women’s Collegiate Wrestling Association (WCWA) poll, was simply on a mission. The senior from Stevens Point, Wis. won all four of her matches to boost her season record to 13-3.

Lord-Klein opened the day with a 13-2 technical fall over Missouri Valley College’s Alicia Reyes. She continued her dominance, pinning the University of Jamestown’s Marlie Gillis.

Lord-Klein made quick work of Missouri Valley’s Nayza Martinz, winning by fall in 51 seconds. There was no slowing down Lord-Klein as she won a 10-0 technical fall against Midland University’s Cheyenne Rodriguez in the championship bout.

The Warriors, ranked No. 13 in the WCWA poll, received strong contributions from all four of their grapplers. Sonya Legate (191 pounds) and Maciel Ramirez (109) each placed fourth while Dayana Ramirez-Brambila (116) finished fifth.

“It was a great effort from the girls,” Gilder said.

Legate (6-8) was pinned by the University of Saskatchewan Megan Nelthope in her first match, but she quickly reeled off three straight wins. She earned a 10-0 technical fall over Midland’s Dejah Jimenez, then scored falls against the University of Regina’s Iyanu Adetogun and Emily Foerster.

Legate, a junior from Neligh, Neb., went 3-2 on the day. She surrendered a forfeit to Missouri Valley’s Yuneris Taveras in the third-place match.

Ramirez-Brambila (3-3) was pinned in her first two matches and then lost a 17-6 technical fall to Jamestown’s Tricia Martin. The freshman from Santa Maria, Calif. rebounded in the consolation bracket, controlling Missouri Valley’s Dakota Coffey en route to a 15-4 technical fall and then winning by injury default over Missouri Valley’s Christina Batista in the fifth-place bout.

Waldorf put together one of its strongest showings of the season and resumes action in Canada during next Saturday’s Wesmen Invitational at Winnipeg, Manitoba.

“The girls had a solid performance,” Gilder said. “It’s good to see things starting to come together.”

Anna Poyner (New Hartford,  IA) placed third in the same tournament wrestling at 130lbs this weekend for Missouri Valley.
Iowa’s wrestlers at King and McKendree Universities had the weekend off.
Waldorf returns to Canada during next Saturday’s Wesmen Invitational at Winnipeg, Manitoba.