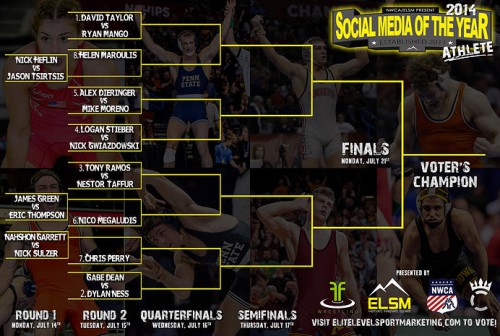 My deepest apologies to Mike Moreno (@Miguel_MapeMob) as he is the THIRD wrestler with Iowa ties up for ELSM’s Social Media of the Year Award. Moreno will be facing off against his soon to be biggest threat for a Big 12 title Alex Dieringer in the first round. As mentioned earlier, Tony Ramos will be facing off against Nestor Taffur, and coming off his pigtail victory, Eric Thompson has Penn State’s Nico Megaludis. Voting starts now, so go HERE to vote and get all three into the next round! 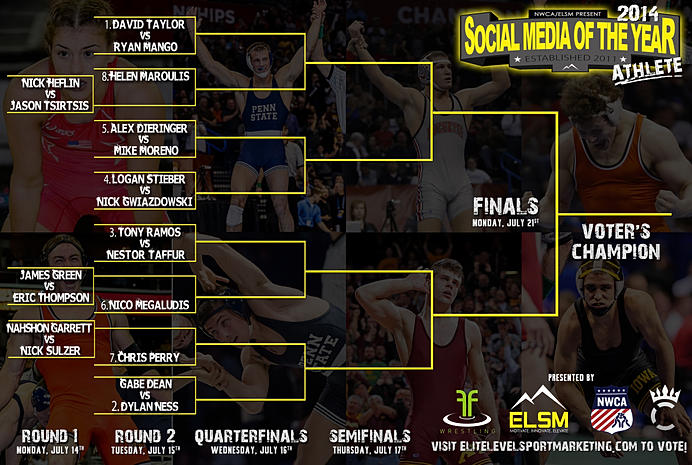 Voting starts at 11 AM Central and ends at 8 PM. You are allowed to vote once per hour, per device