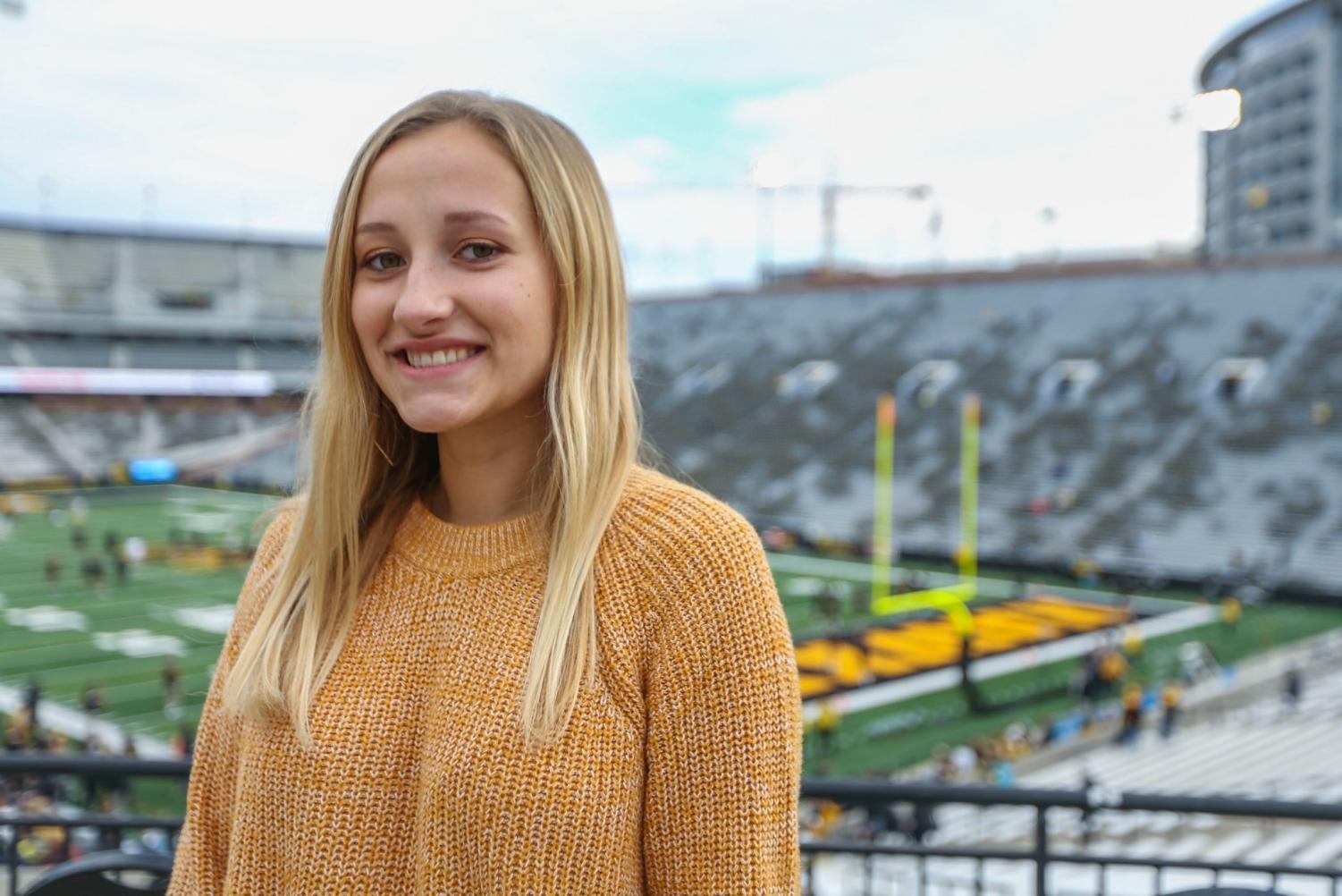 As an undergrad at Iowa Anna was a member of the Daily Iowan staff where she was the Sports Editor, Assistant Pregame Editor, and was on the beat for a number of sports at Iowa. After graduating Anna took a communications role for the Indianapolis Indians, and she has also worked as a contributor to HawkeyeNation and Flowrestling.

We are incredibly excited for Anna to get to work at IAwrestle where she will continue to provide coverage of the Hawkeyes and the high school wrestling scene. Her first article previewing the upcoming season for Iowa is already live on the IAwrestle Rokfin page.

We also thought it would be fun to put together a little Q&A on Anna;

What drew you to wrestling?

It’s kind of a funny story, actually. I didn’t really follow wrestling until a few years ago when I started Iowa wrestling, and I requested to cover it because I figured my stories would get clicks. It wasn’t until I covered my first dual in Carver-Hawkeye Arena that I understood just how much the sport means to the people of Iowa, and instantly I was hooked. The intensity of the crowd (…and Tom Brands, most days) is something that I think makes wrestling so unique. I love it.

What made you want to be a journalist?

I don’t remember one specific moment where I decided I wanted to be a journalist, I’ve always just known that I was meant to write for a living. As a journalism major at Iowa, I started covering sports my sophomore year and it just felt like home.

What is one of your favorite wrestling articles you have ever written?

In December 2019, I wrote an in-depth profile on Tom Brands and the culture of accountability that he embodies in the Iowa wrestling program. [Ed note: you can read that profile here.] It was a month of hard, hard work that culminated in the story being a finalist for multiple awards. To get to sit down and talk about the history of Iowa wrestling with Tom, Terry, Dan Gable and more, and then put that into words, it’s something I’m very proud of.

Why did you want to join the IAwrestle team?

At first, I was just looking for some extra work. But the more I talked with Tony, the more I understood that IAwrestle truly is a team, and getting to be part of that team is something I’m really excited about. I love working with and around people that boost up their colleagues and are passionate about what they do, and IAwrestle embodies all of that.