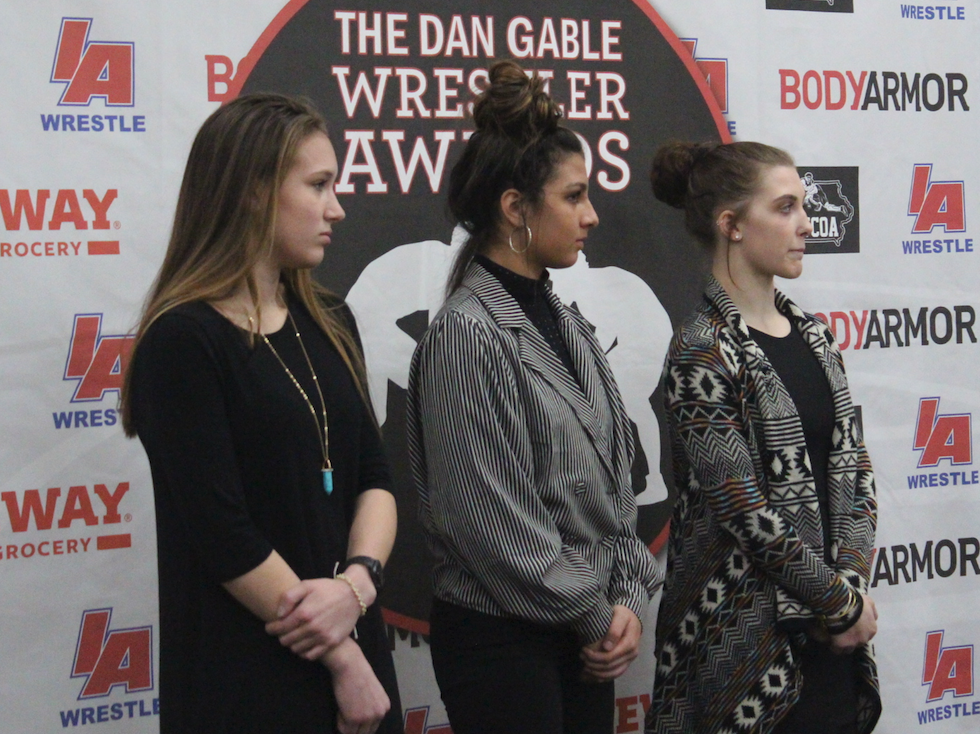 NEWS RELEASE (Boone) – Fareway Stores, Inc. and BodyArmor today presented the Dan Gable Wrestler of the Year Awards, in coordination with IAwrestle and IWCOA. Three finalists from each of the three state wrestling classes attended a season-end luncheon banquet at the Fareway Conference Center, where award recipients were named. In addition, the inaugural Ms. Wrestler Award recognized three outstanding female athletes from around the state.

Two rounds of online voting took place, with over 150,000 votes cast on IAwrestle.com. Public votes were tallied, and the top voted wrestler received an extra vote towards the IWCOA committee vote. Dan Gable presided over the awards ceremony and named the following athletes as 2019 recipients:

The IWCOA accepted nominations in December from high school coaches for student athletes in each of the three state wrestling classes, regardless of their year in school and weight class, as well as three outstanding female athletes. Fans had the ability to vote once per day for their top wrestler in each class until February 6, when votes were tallied.

IAwrestle.com is an outlet for fans in Iowa to consume wrestling content. IAwrestle has grown into a bona fide media outlet providing coverage of Iowa’s three major Division I programs, its small college programs, as well as extensive coverage and commentary about the state’s rabid high school wrestling scene. Live streaming events, on-scene reporting, video interviews, and the Potentially Dangerous podcast are key draws to the site. IAwrestle also produces premiere wrestling events and showcases them in some of Iowa’s most iconic wrestling facilities.