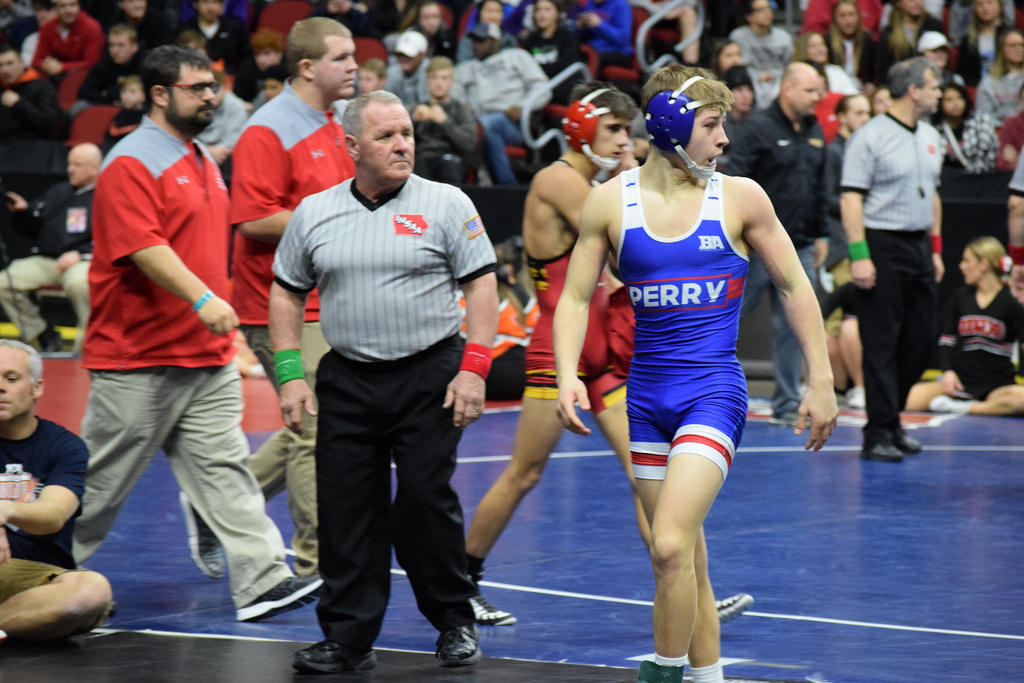 State runner up Kaleb Olejniczak of Perry is headed to the University of Northern Iowa to continue his wrestling career. He chose the Panthers over Brown, Columbia & Iowa State.

Olejniczak is a two time state place winner getting 4th as a Sophomore and 2nd as a Junior. He enters his senior season with a career record of 133-19. He projects at 141/149 at the next level.

According to Kaleb “Great coaching staff, family atmosphere, the guys on the team, and my sister being there were the reasons I knew this was the place for me.”

He also added “I have had lots of great coaches and great practice partners along the way. Without them and my family I would not be able to have this opportunity, so I am really thankful for everyone in my life.”

He joins Southeast Polk’s Lance Runyon in the 2019 recruiting class along with out of state commits Parker Keckeisen, Dayton Porsch, and Kyle Golhoffer.