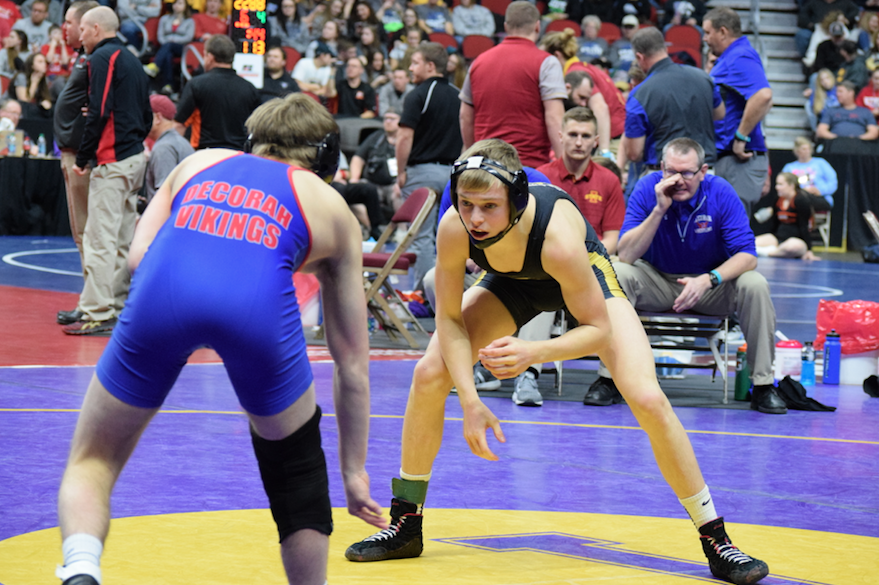 Clear Lake’s Eric Faught tells IAwrestle that he will be an addition to Upper Iowa’s 2019 recruiting class. Upper Iowa already has four from Iowa in this class and don’t look to be slowing down.

“I know a lot of guys there and Coach Grimm gave me a great offer. He knows his guys and wants the best for them.” Faught told IAwrestle he chose the Upper Iowa over Wartburg and NIACC.

Faught plans to wrestle 132 pounds this season for Clear Lake. He projects at 133/141 for the Peacocks.

Eric has finished 2nd, 3rd and 2nd at the Iowa High School State Championships with a 128-5 career record. Right now Faught is the No. 12 ranked wrestler in IAwrestle’s FAB50. (Side note: Expected an updated FAB50 soon)

Faught has All-American honors as well but the state title is the goal.

“I’m looking to develop more attacks and use them in all my matches not just the easy ones. I’m going to let it fly for my senior season.” Faught added.