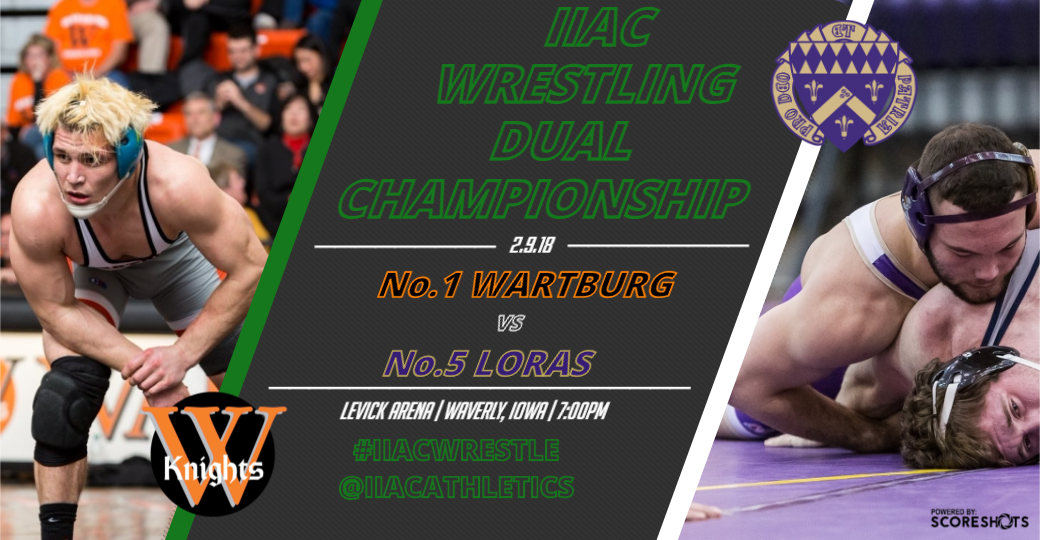 Release and cover photo from the Iowa Intercollegiate Athletic Conference:

A season ago Wartburg defeated Loras 32-0 to claim their 25th consecutive IIAC championship and 35th overall. The Knights lead the series 51-7-3, with Loras’ last win over Wartburg coming on January 23, 1992.

The meet will take place at 7:00 p.m. tonight inside of Levick Arena in Waverly, Iowa. You can follow the action live by clicking here.