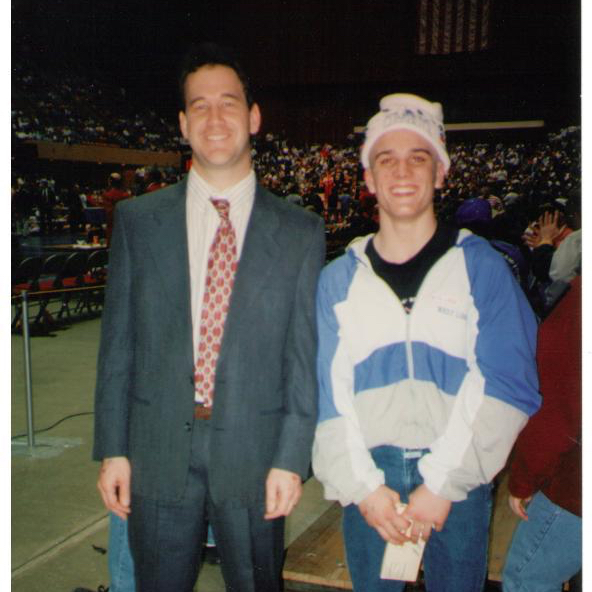 The newly formed West Liberty Comet Wrestling Hall of Fame will induct its first 3 members on Friday, November 17th. The banquet will take place at the West Liberty Country Club with a social hour beginning at 5:30, dinner at 6:30 and awards to follow.

Tickets for the event must be purchased before the banquet. They are $20 each, including the meal, and can be purchased at Wiele Chevrolet in West Liberty.
Former Comet wrestlers Bill Goodale and Ben Scorpil, as well as former head coach Curt Diemer were selected to be the first 3 inductees by the Hall of Fame board.
Bill Goodale played a large roll in turning West Liberty wrestling into the successful program that it is today. As a senior at West Liberty High School in 1975 Bill became the first wrestler in program history to qualify for the state tournament. He then followed that up by becoming the first state place winner in program history by earning a 4th place finish.
Ben Scorpil was the first Comet wrestler to place at the state tournament all 4 years of high school. Ben placed 2nd as a freshman, 1st as a sophomore, 2nd as a junior, and 3rd as a senior. He had an incredible career record of 158-9 and has been the career wins leader for the Comets since he graduated in 1997. He also holds the program record for falls in a career with 97.
Curt Diemer took over as the Comet head wrestling coach in 1989 and held that title through the 2000 season. During his 11 years at the helm the Comets went 99-4 in conference dual meets, won 8 conference titles, and 3 of his teams also placed in the top 5 at the state tournament. In that time he also coached 44 state qualifiers, 20 state place winners, and 5 state champions. Before coming to West Liberty Diemer was a coach in southeast Minnesota and at Akron-Westfield high school in western Iowa. His career coaching record was an impressive 239-39. Diemer has been coaching in West Liberty for the past 28 seasons now and is currently a coach for the West Liberty junior high wrestling team.