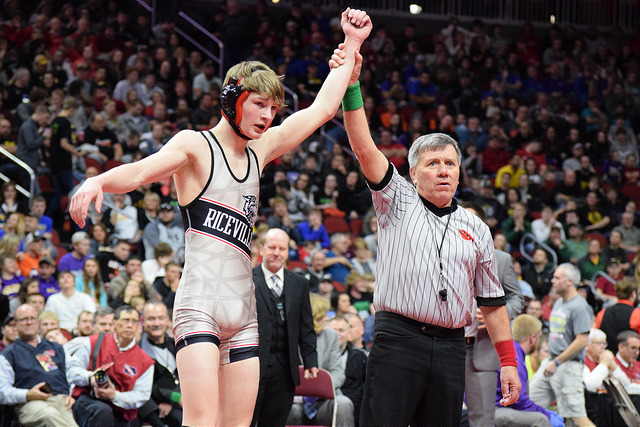 Chance Thorndson made history last February when he became Riceville’s first state champion in 20 years. He plans to continue making history at the next level at Upper Iowa University.

Last season coming into the state tournament ranked No. 5, Throndson stunned then No. 2 Martensdale-St Marys’ Josh Tibbits by pinning him in the third period. He followed that match by blanking #1 Cooper Siebreicht of Lisbon, 6-0 in the semifinals, and majored his finals opponent to claim his first state title.

Thorndson was ranked tenth on our “Top 10 Uncommitted Seniors” list prior to this decision which will bump up Southeast Polk’s Gauge Perrien into the top 10.

One thought on “Riceville State Champ Commits to Upper Iowa”