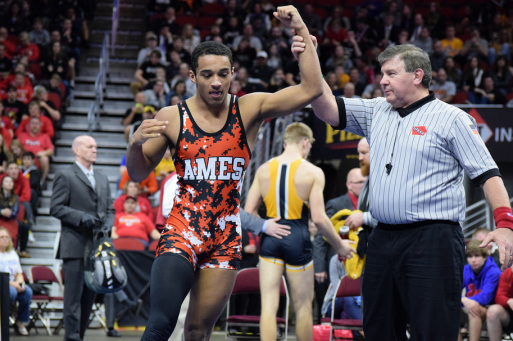 The award will be presented during the Glen Brand Wrestling Hall of Fame of Iowa inductions on Saturday, June 24.

His career high school record was 159-17 with 105 falls. He will continue wrestling at Iowa State University.

Steenlage wrestled at West Point Military Academy where he went four years without losing a dual meet. He was also a third place finisher at the 1966 NCAA tournament at 123 pounds, and a Division I NCAA All-American.

Steenlage is a graduate of Airborne & Ranger Schools. He was awarded the Bronze Star medal for his service in the Vietnam War.