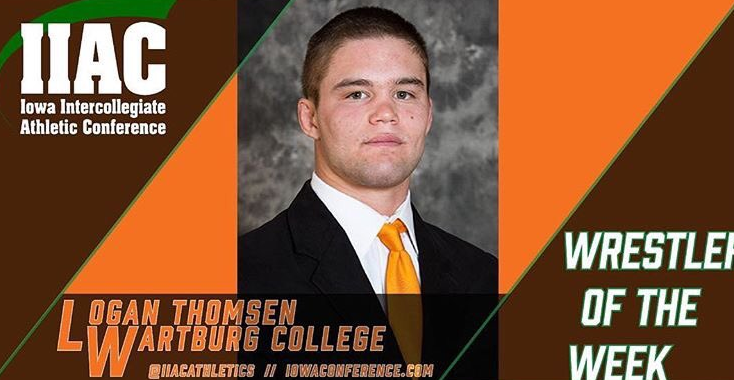 Junior Logan Thomsen (La Porte City) was named the Iowa Conference’s Male Athlete of the Week and the wrestler of the week, the conference office announced today.