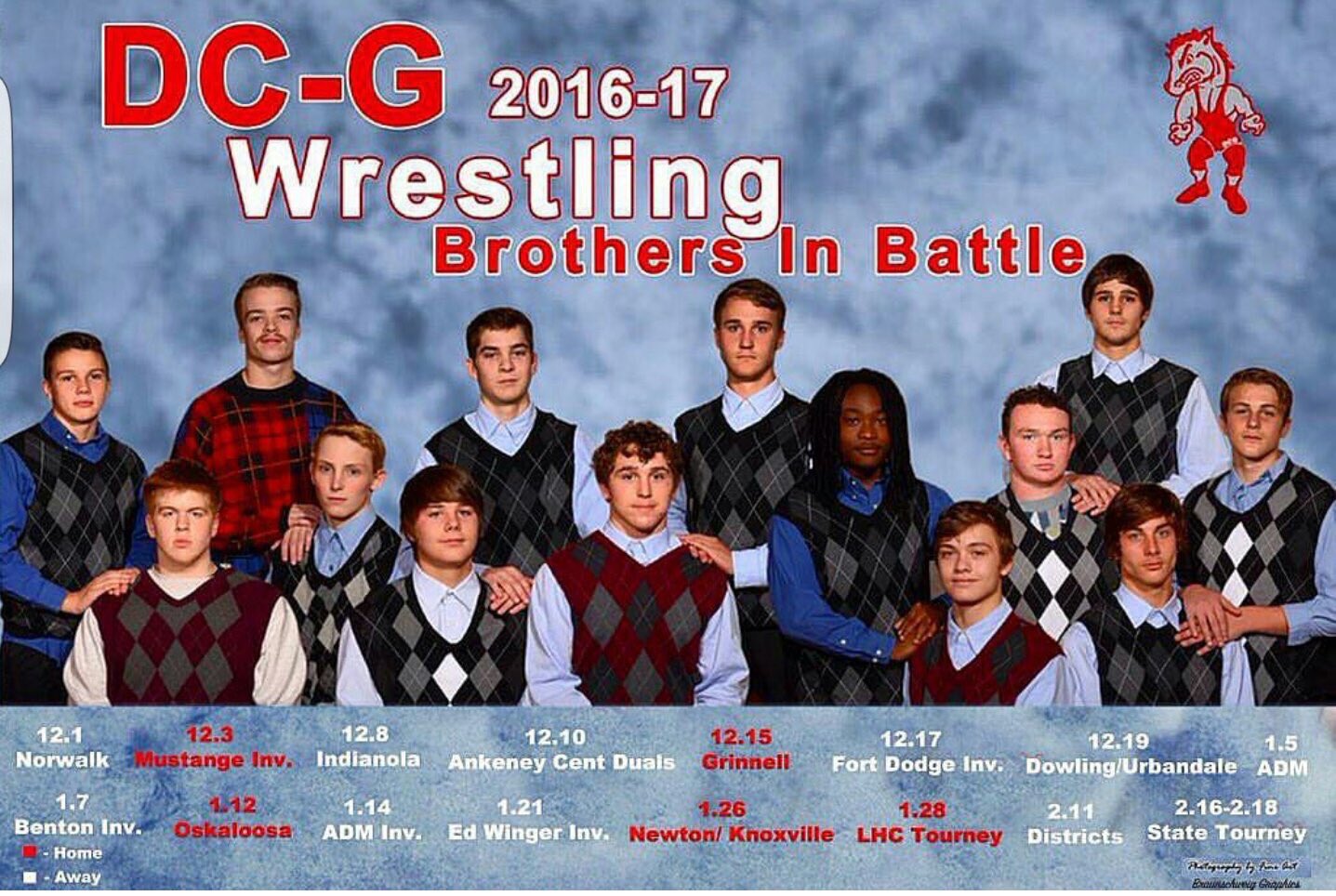 Dallas Center-Grimes Head Coach, Clint Knoll presented his team with an idea for the traditional wrestling poster earlier this week, he had no idea the team was working on their own idea behind the scenes. Later that night the team sent him the idea of mocking “Step Brothers”, a movie where two aimless middle-aged losers still living at home are forced against their will to become roommates when their parents marry. For Knoll, the idea was a no-brainer. “It’s their poster, it’s goofy, it’s creative, and it pretty much describes the personality of our team.” Coach Knoll said.

Mustang wrestlers, Peyton Braunschweig, Zane Mulder and Max Tracy were the masterminds behind the project. “Max and Zane had the idea awhile back and I thought it was a great idea. We’re all like brothers and we thought it would be hilarious so I messed with a few things and came up with the template.” Braunschweig said.

From fun table talk, to making the fun project a reality, the boys knew they couldn’t pull it off on their own. The professionals at FineArt Photography in Adel, IA, set the team up with pictures and cropped everyone on the poster. “This was a fun shoot for us. The wrestlers were having fun setting up the poses. Not your traditional sports photos but we were happy to be a part of it.”

The posters have been sent to the printers and will be available in the coming weeks. We’ll keep you updated on how you can get your hands them. Two thumbs up to Dallas Center-Grimes wrestling team.

I have no words. 😂 pic.twitter.com/mK38D2rEhs

Not familiar with “Step Brothers”? This link should help. ***Warning language is explicit***