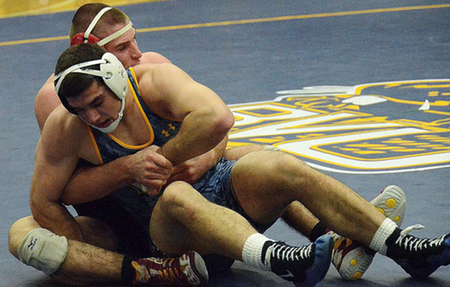 The Buena Vista wrestling team sent individuals to two different locations on Saturday, but the Beavers still came away with a solid day overall with two at Luther College and four more out at the W & J Invite in Pennsylvania.

Freshman 165-pounder Nick Richards came up with a runner-up finish at Luther, falling in the championship match by fall against Kaleb Young from the University of Iowa.  Riley Altenburg took sixth at 133 pounds, losing by a 10-7 margin in his consolation final bout.

The Beavers will look to carry their early season success into next week’s Augsburg Adidas Open which is slated to begin at 9:00am.