What We Learned: The Season is BACK 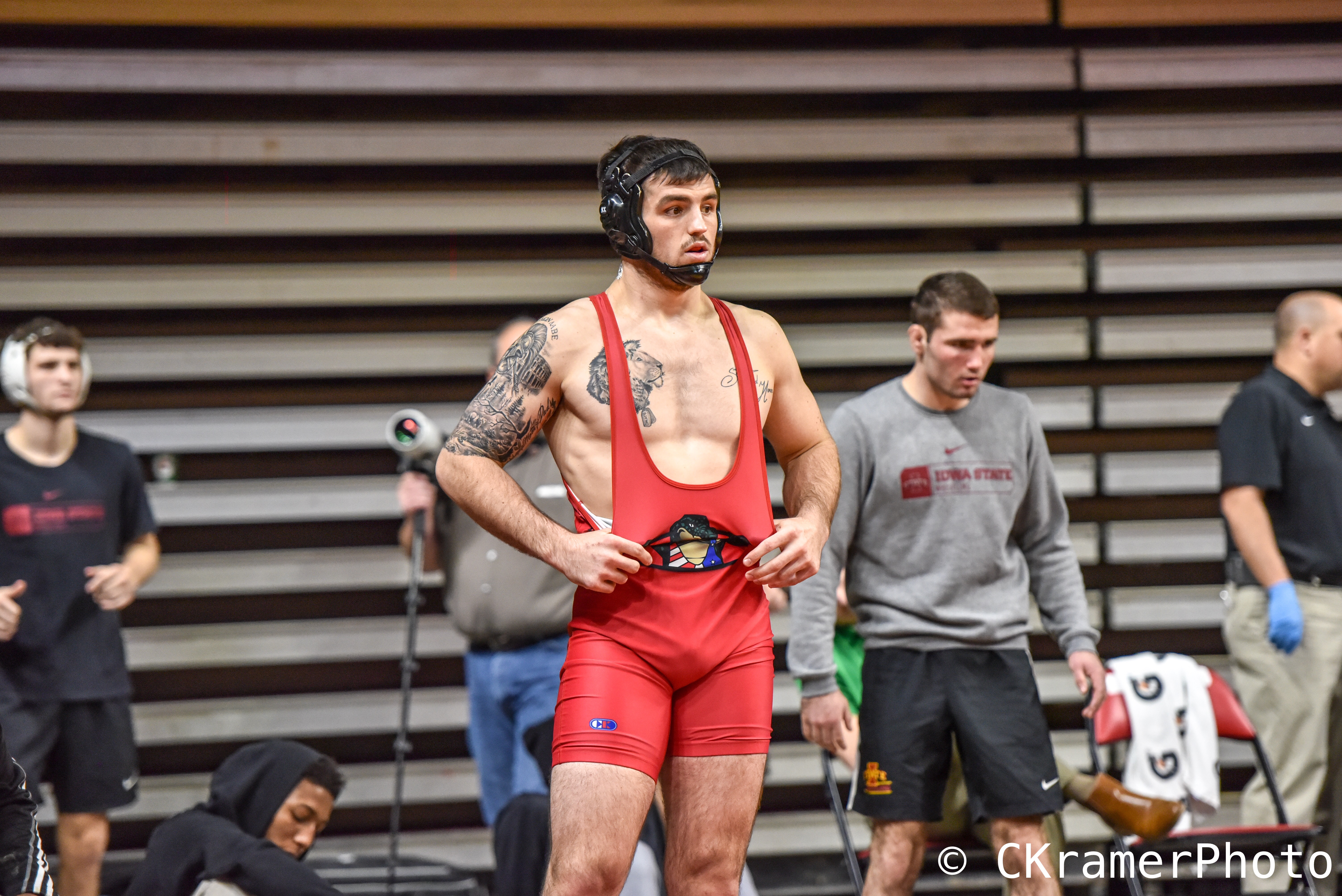 Week one is in the book and with the conclusion of the season’s first week we already have several takeaways regarding the Division I programs in our state. Both Iowa State and Northern Iowa began the season in Ames at the Harold Nichols Cyclone Open where each school came away with a pair of champions. Even though they were technically idle, there was still plenty to glean from Iowa’s team as they held wrestle offs that were open to the public.

We will start our review chronologically looking back to Thursday and Friday where hundreds of fans packed into Iowa’s practice room to watch wrestle offs over a two day stretch. In our season preview we identified four lineup battles worth watching at 133, 141, 157, and 184 pounds. After two days of wrestling its safe to say that there clear leaders at three of the weights and one weight may not be a battle at all.

The early leaders for the lineup battles are Max Murin (141), Kaleb Young (157), and Cash Wilcke (184) who each came away with Friday victories to claim the in-house top spot. The other wrestle off winner who participated in what we considered a lineup battle as Austin DeSanto, who defeated 2018 starter Paul Glynn by a combined 11-6 score over two matches. We speculated that Renteria may be DeSanto’s chief challenger, but Renteria’s lack of appearance would signal DeSanto as the lead guy at that weight.

The first three weights (141, 157, 184) are far to early on to be declared over. Murin won tight battles over Carter Happel (3-1) and Vince Turk (5-4) so its likely we see a continued battle for that role. Young was highly impressive in his 12-4 major decision over teammate Jeremiah Moody, but needed sudden victory to get past veteran Jeren Glosser on Friday. Wilcke got past Mitch Bowman 9-5 in the battle for 184.

Iowa opens the season in Ohio at Kent State where they will face CSU Bakersfield prior to their showdown with the host Golden Flashes later that evening.

Moving to Ames we saw the Panthers and Cyclones get their first official competition in which yielded four Open division champions and four freshman/sophomore division titles.

For the Cyclones there was definitely signs of that early season rust head coach Kevin Dresser mentioned during last week’s team media day. Sophomore starters Ian Parker (141), Jarrett Degen (149), and Gannon Gremmel (285) each took an uncharacteristic loss that left a sour taste in fans’ mouths. For Parker it was a questionable illegal hold call that cost him his quarterfinal match, which led to him having to battle back for third. The good news is that type of loss is fluky and the more disappointing takeaway was not getting to see him match up with UNI’s Josh Alber or Wisconsin’s Tristan Moran.

After coming up one win short of All-American status last season, fans were pinning some big hopes on Degen being able to progress into a bonafie All-American contender for the team. While that dream is far from dead, his 12-6 loss to Missouri’s Brock Mauller throws a wrench into those plans. We aren’t trying to generate a hot take based on one match, but it will definitley be worth watching on how Degen responds.

Speaking of magnifying one loss, Gremmel dropped a front side decision to Grand View’s Cooper Thomas, in what was a bracket that somewere expecting the first year starter to win. Gremmel responded by coming through the backside of his bracket to place third, which included revenge of Thomas in his final match.

Finally, the Cyclones were also eager to show off their new recruit David Carr, but a front side defeat to Peyton Mocco of Missouri cast a shadow on what was a strong debut for the legacy wrestler.

Winning titles were new team additions Alex Mackall (125) and Willie Miklus (197) who are already proving to be upgrades from last season at their respective weights. Up next for Iowa State is a home dual with SIU-E.

Coming home with Open titles for the Panthers was Taylor Lujan (174) and Drew Foster (184), who each beat their Cyclone counterparts to claim their top finishes. In addition to their two champs three other Panthers reached the finals of the brackets, Josh Alber (141), Bryce Steiert (165), and Carter Isley (285) all ended their day with runner-up finishes. The other item of note for UNI is they were noticeably without three main contributors Jay Schwarm (125), Max Thomsen (149), and Jacob Holschlag (197).

Since UNI was missing several key pieces, its hard to say a two champion performance was under-performing. For the most part all of UNI’s wrestlers finished at or near expectation. The exception was Alber, who surprisingly fell to Wisconsin’s Moran in the finals, losing by pin. Steiert came within inches of defeating Badger All-American Evan Wick. Despite the loss the one thing clear at 165 pounds is UNI will be glad to have Steiert back in the lineup.

The Panthers will head to Des Moines next weekend for the Grand View Open. The tournament will be streamed live on IAwrestle via Trackcast. Fans can purchase an event pass or take advantage of our Season Pass which gives you access to all of our live events.