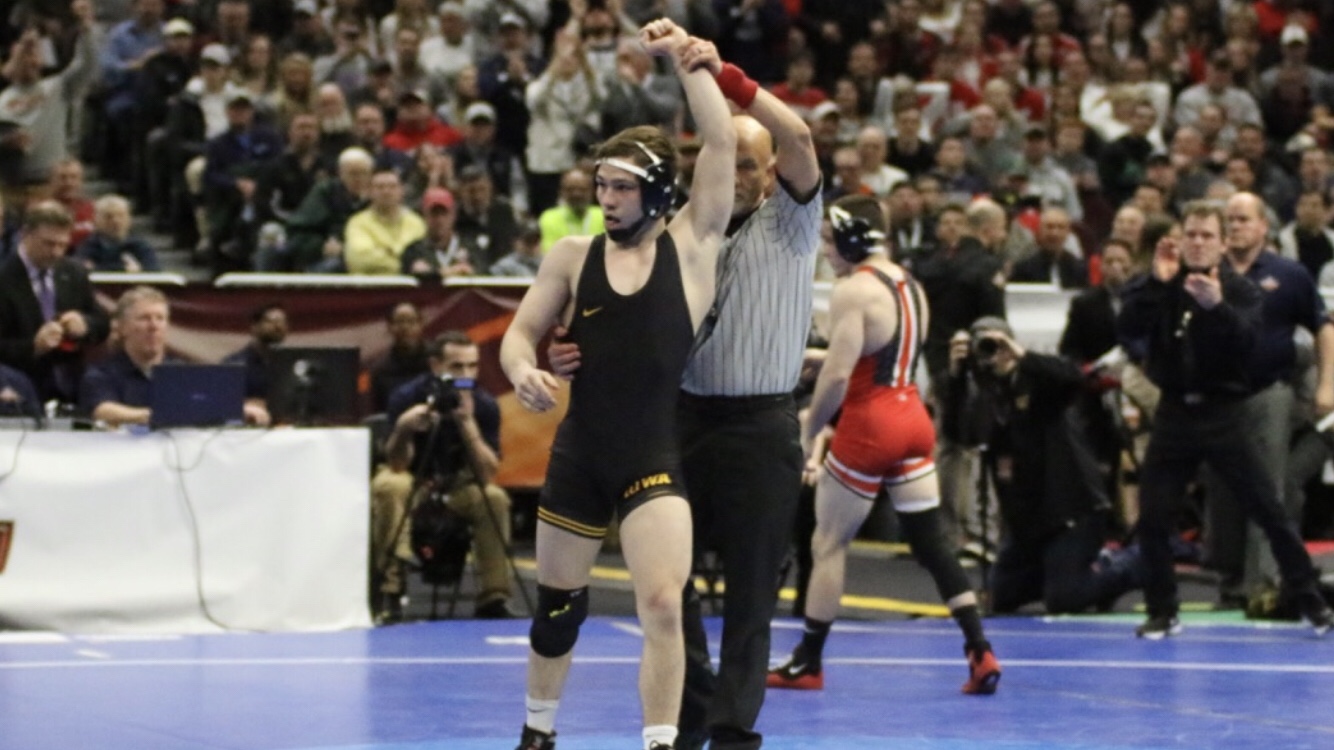 Iowa freshman Spencer Lee is a finalist! The Hawkeye 125-pounder counters Nathan Tomasello's funk attempt for a cradle and a FALL! #NCAAwrestling pic.twitter.com/nlTld6z6Q0

Spencer Lee has wrestled fearless, and He has been the most dominant wrestler in the tournament thus far. Freshman NCAA finalst.

Spencer Lee gonna win it all as a freshman. I cannot wait for tomorrow night #NCAAWrestling

Chuck Norris has nothing on Spencer Lee

Spencer Lee is the real deal

Spencer Lee is not human

Spencer Lee is a freak athlete! Grateful he’s a Hawkeye!

Spencer Lee is such a stud. Not many guys pin their way to the national championship match, much less a freshman

Spencer Lee is an absolute monster who has restored my faith in Iowa recruiting! #NCAAWrestling

Forgot wrestling was on but miraculously was flipping between basketball games and got to watch Spencer Lee. #stud #Hawkeyes

Living in Iowa is having your timeline dominated by Spencer Lee/Iowa wrestling during March Madness.

Spencer Lee is less than a year removed from high school, and he might just be the best wrestler in the world. Poor NATO never stood a chance. Neither does Suriano. #MOW

Called it since day 1.. Spencer Lee wins the natty champ as a true freshman😳😳

If you watched basketball instead of Spencer Lee wrestle, you missed out. Don’t make the same mistake tomorrow. #OneMore #Hawkeyes

Spencer Lee is a breath of fresh air. Most humble Hawkeye I’ve ever heard in years. #NCAAwrestling

WAAAAAAY TOO MANY MORE TO GET!