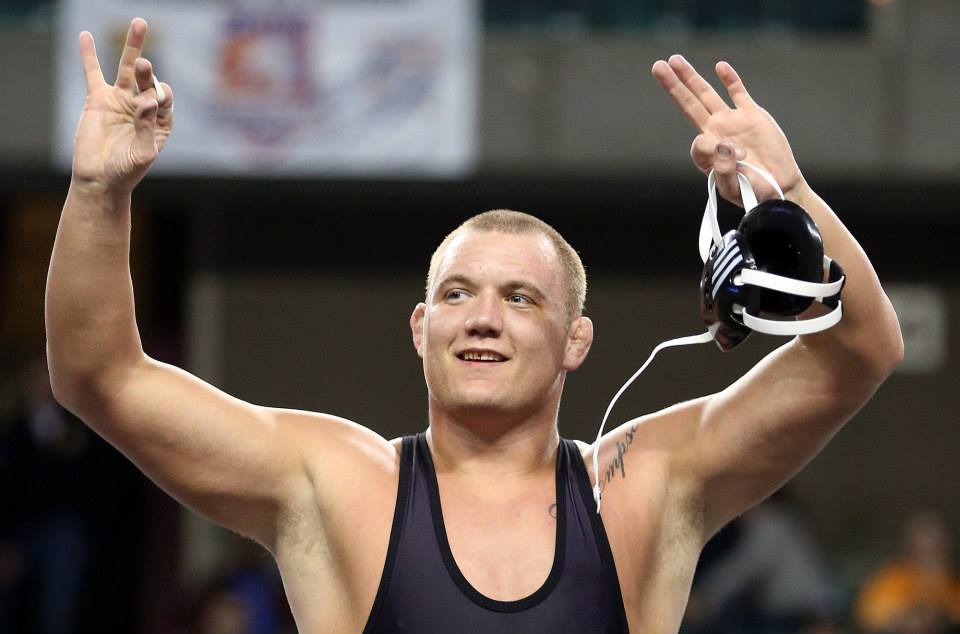 Cael Sanderson has added another national champion to his room, as Eric Thompson will be returning to State College, Pennsylvania this time to coach the Nittany Lion Wrestling Club (NLWC) at Penn State University. A three-time NAIA champion, Thompson is among the all-time greats that Grand View coach Nick Mitchell has produced during his time with the Vikings.

“I have had a relationship with the coaches at Penn State for a long time, since being recruited by them in high school.” Thompson said on returning to the NLWC, “It’s a unique opportunity where I get to learn from one of the best coaching staffs in the country, and coach some of the best senior level athletes in the world. I’m really grateful and really excited for the opportunity to be on the NLWC coaching staff.”

Thompson originally joined the NLWC in 2014 as an athlete not long after finishing his career at Grand View. After two years in the Penn State room Thompson got involved in coaching, taking the volunteer coaching position at Lock Haven University where he spent all of the 2016-17 season.

Thompson, a Shell Rock, Iowa native compiled a 178-13 in high school record and won two Iowa state championships while competing for Waverly-Shell Rock High School. After finishing his standout career with Grand View Thompson entered the U.S. Men’s Freestyle scene at 125 kg where he went on to qualify for the 2009 and 2014 World Team Trials, and was the fifth place finisher at the 2016 United States Olympic trials.

One thought on “Eric Thompson Returns to NLWC”