Kanen Storr could start Saturday against the Hawkeyes 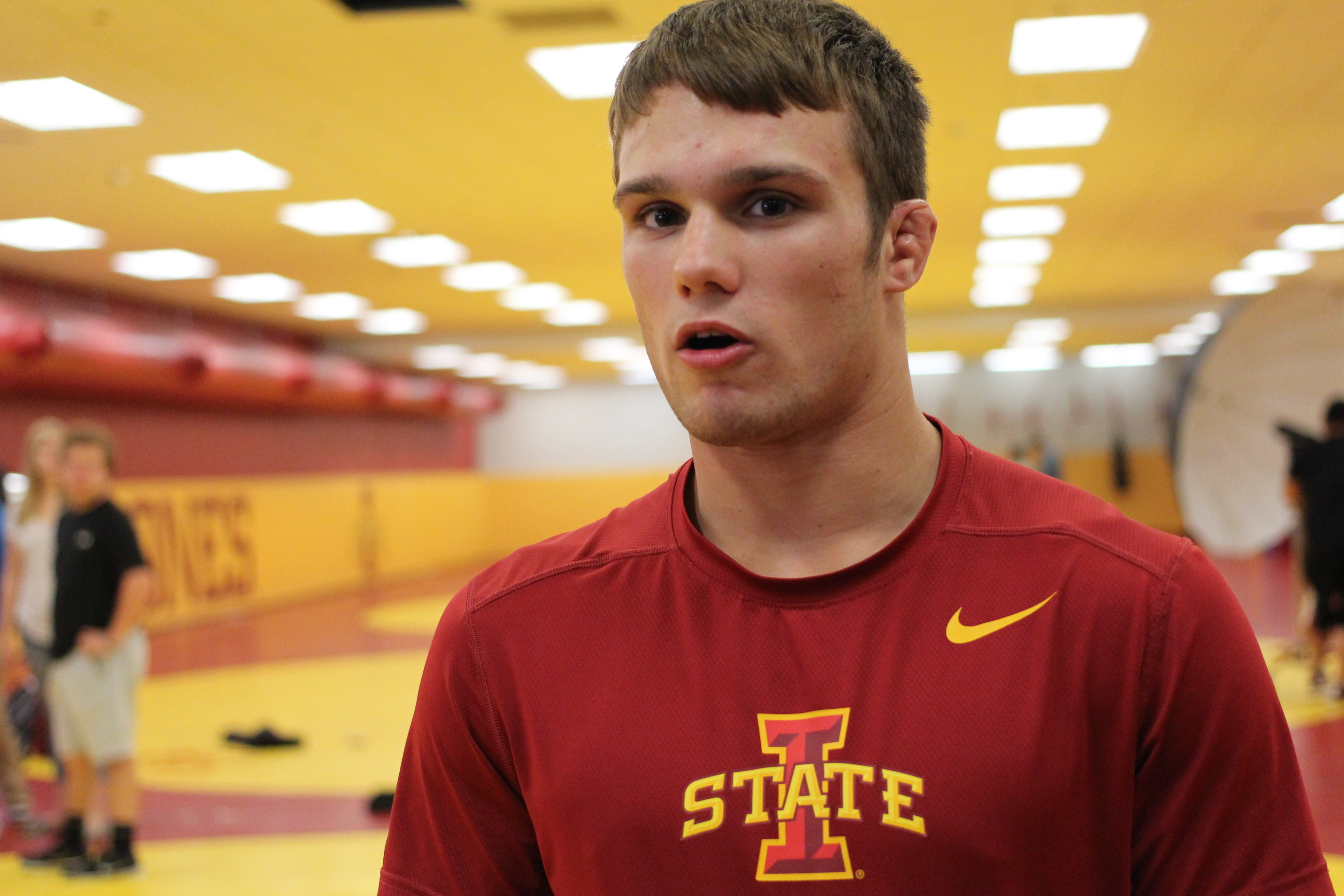 Iowa State head coach Kevin Jackson continues to evolve his lineup as he has officially listed true freshman Kanen Storr on this weekend’s potential lineup when the Cyclones head to Iowa City for their rivalry dual against Iowa. Storr was listed at 141 pounds along with redshirt seniors Gabe Moreno and John Meeks.

To begin the season the 141 spot was expected to be a two man battle with veteran Gabe Moreno tabbed as the favorite once he returned from injury. Meeks got off to a solid start going 2-0 in the Dakota dual road trip before bumping up to 149 where he took second at the UNK Holiday Open behind teammate Chase Straw. After a rough start by Moreno, who is 4-4 to start the season, Meeks was given the starting spot last weekend at the Cliff Keen Las Vegas Invitational where he did not place.

Storr has been another story for Iowa State this season as he begins his career on a red hot streak and currently sits at a 18-3 record. After cruising to a Grand View Open title, Storr has racked up top finishes at the Harold Nichols Cyclone Open, Michigan State Open, and the UNI Open with all of his losses coming to wrestlers who began the season ranked in the top 20.

“The start of my season has been great,” Storr told IAwrestle, “I’ve got some wins over national qualifiers, starters from big schools, and even a ranked guy. I’ve also had some losses to ranked opponents, but I feel like I was right there with them and with small changes I might have even beat them. This year is and has been all about learning and preparing for next season.”

It sounds as though Storr is still planning on keeping his redshirt, but it is unclear what Jackson’s plan for his team. If Storr does indeed get the nod on Saturday night, it will be against Hawkeye senior Topher Carton who currently is unranked, but has a 9-0 record to start the year.

One thought on “Kanen Storr could start Saturday against the Hawkeyes”